A man identified as David was recently beaten and burnt to death by a group of alleged Hausa commercial motorcyclists in Lagos State. 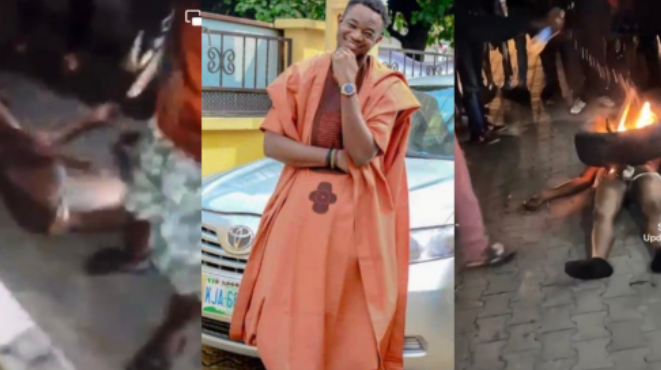 According to reports, David who is said to be a sound engineer had gotten into an argument with one of the bike men due to a balance of N100.

Along the line, their quarrel degenerated into a fight, and other bike men while taking sides with their colleague ruthlessly descended on David.

Videos of him being beaten and later burnt by these motorcyclists were shared on the micro-blogging platform, Twitter.

It was also gathered that when David’s colleagues, Frank and Philips ignorantly came to separate the fight, they were also beaten to a pulp and are currently fighting for their lives in a hospital.

See tweets as regards this below:

This is coming amid the saga of the Sokoto Christian student, Deborah Samuel who was killed and burnt to death over blasphemy.