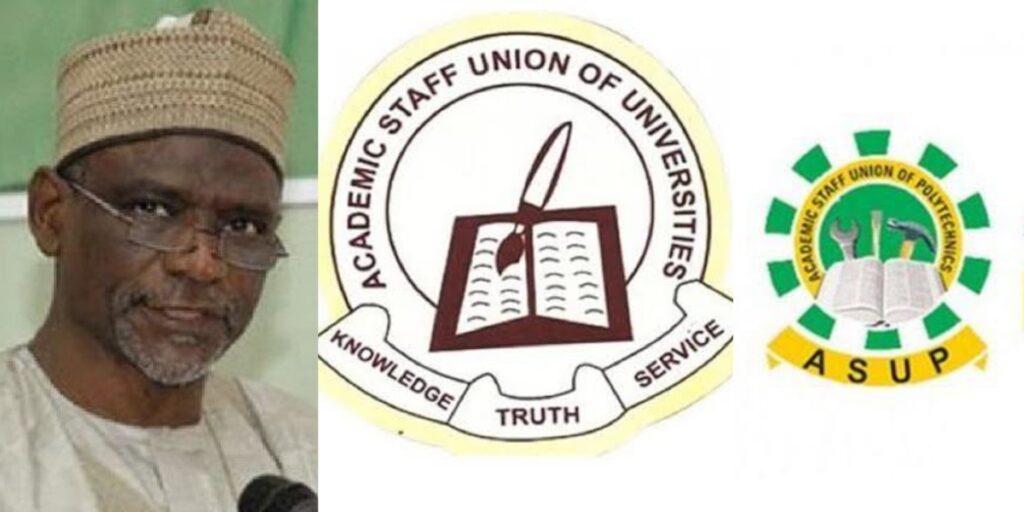 According to The Punch, the National President of ASUP, Dr. Anderson Ezeibe, and the Chairman, ASUU FUTMinna, Dr. Gbolahan Bolarin, disclosed this during separate interviews in Abuja on Thursday, May 19.

The academic unions embarked on industrial actions due to the inability of the government to meet their demands including the payment of minimum wage arrears, release of revitalisation funds, and so on

ASUU on its part kicked off its strike on February 14, 2022 while ASUP is currently on a two-week warning strike.

Confirming the payment, ASUP president, Ezeibe, stated this is just one of the demands presented by the union.

“The government has started responding. They just started paying the salary/minimum wage arrears, the one they have refused to pay.

“However, that is just one of the demands, so we have not reached anywhere. They have not attended to the others, but I can confirm that people have started receiving alerts of the arrears owed.” He said

“Some of my members got alert of their minimum wage arrears; their salaries are still pending.”