Popular Nigerian singer, Davido has reacted to the viral video of his uncle, Senator Ademola Adeleke, promising voters money in different currencies ahead of the governorship election in Osun state. 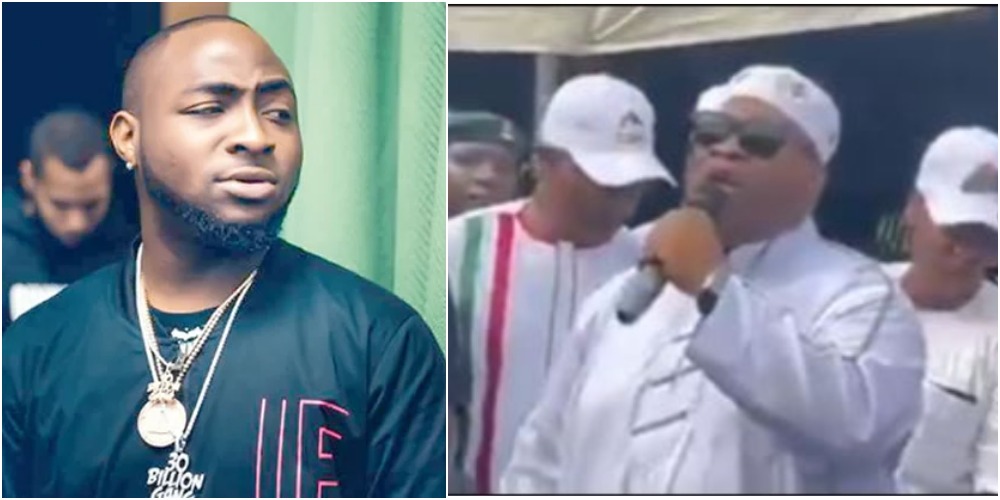 KanyiDaily had published a video showing Adeleke, who is the Osun governorship candidate of the Peoples Democratic Party (PDP), boasting that he has enough money both in naira and foreign currencies to give to voters.

The PDP candidate said that he was more prepared for the 2022 governorship race than in 2018 when he was defeated by Governor Adegboyega Oyetola of the All Progressives Congress (APC).

“Osun people, you are the ones to decide. If it is about money, I have enough. I came with plenty of money. And it is not only naira; I came with dollars, pounds, and euros. This time in Osun, it is fire for fire,” Adeleke said in Yoruba.

Reacting to the politician’s comment, Davido posted the video on his Instastory with the vague caption, “Fire for fire, Kpa for Kpa”.

KanyiDaily recalls that Davido had recently attacked Dele Adeleke for contesting against their uncle, Ademola Adeleke, in the 2022 Osun State governorship election.

Nollywood Actor, Uche Odoputa Reveals His Father Has Been Kidnapped For 2 Weeks