Former Governor of Borno State, Kashim Shettima has called on the All Progressives Congress (APC) to give its presidential ticket to its national leader, Bola Tinubu, stressing that it would be “catastrophic” for the ruling party if it fields another aspirant. The former governor, who spoke on Friday while featuring on a programme on TVC, argued that only Tinubu can defeat former Vice President Atiku Abubakar in the 2023 presidential race.

He described Tinubu as “the elephant in the room” and the leading aspirant in the race for the APC’s presidential ticket, noting that “an elephant cannot step down for a Lilliputian.”

When asked if the APC leader would step down if President Muhammadu Buhari decided to pick a consensus candidate and he replied that it was not possible.

Shettima said, “If it is a game of numbers Tinubu will win. The issue of stepping down does not arise, he is the elephant in the room, how do you expect an elephant to step down for a Lilliputian? On a more serious note, the issue of (Tinubu) stepping down is mere speculation.

“More especially, even the speculation on anointment, the president’s special adviser came up to dispute it.

“Asiwaju is the only candidate with pedigree and brand name to stand shoulder to shoulder with Atiku. An attempt to test any other option might be catastrophic for APC.”

READ:  Tinubu Should Allow His Children To Take Over From Buhari In 2023 - Yahaya Bello

Shettima contended that the best aspirant that APC has to offer is Tinubu and that the party did not have any option, as he is the only one who could match Atiku.

He said, “We are in a democratic situation but I’m afraid it might be catastrophic for the party. I’m not a prophet of doom; I’m an internal optimist. We have done our own bidding and by God’s grace, our candidate will emerge as the presidential flagbearer of the APC in the next 72 hours.

“It is not a subject of dispute but a question of time. He has paid the price, and yesterday in Abeokuta, he made some remarks that were deliberately distorted and quoted out of context.

“Whether they are willing to admit it or not, he played a pivotal role not only in the emergence of President Muhammadu Buhari as the candidate of the APC but in the ultimate election in 2015.

The former governor added that if Buhari will endorse any candidate, it would be Tinubu because, without the bloc support from the Southwest, he would not have become President in 2015.

“He is the president of this country. His input is highly essential. We respect and adore him, but we believe at the end of the day, the president is a democrat and he will align himself with the aspirations of his party member.

“The President Buhari I know, sufficiently, if at all the president is going to endorse anyone, that person is going to be asiwaju Bola Ahmed Tinubu. Forget about all the charlatans and distractions and political contractors.”

KanyiDaily recalls that Bola Tinubu also claimed that President Muhammadu Buhari would not have won the presidential election in 2015 without his support.

READ:  JTF Bans The Sale And Use Of Thuraya Phone In Borno State Because It's Been Used By Boko Haram. 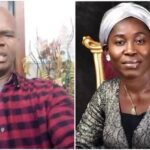 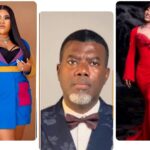