Former Chief of Army Staff, Tukur Buratai has debunked claims alleging that billions in cash were found in his possession at a property belonging to him in Abuja. 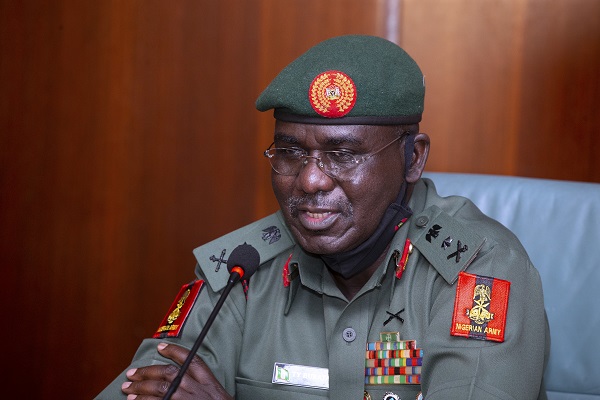 Sahara Reporters had alleged that the Independent Corrupt Practices and Other Related Offences Commission (ICPC) recovered N1.85 billion from a house and office said to belong to Buratai in Abuja.

Sources said ICPC officials stormed Buratai’s house in the Wuse area, beside the National Open University of Nigeria Campus in Abuja last week after it received a tip-off from a whistleblower.

It was gathered that the huge cash was part of the billions of naira earmarked for the purchase of arms and ammunition by the President Muhammadu Buhari-led government.

A source said, “Last week Thursday, ICPC officials stormed a house in Wuse area of Abuja, beside National Open University, and arrested a man, Kabiru Salisu after they saw N850 million cash in the house.

“He claimed the money belonged to Tukur Buratai who was in Cotonou at that time. Officials of the ICPC took him to an office where another N1billion in cash was also discovered. Also, bulletproof cars, BMW, G-Wagon worth N450m were recovered.”

However, in a statement made available to Daily Independent, through his legal counsel, Bar. Osuagwu Ugochukwu, the ex-COAS debunked the claims and vowed legal action over the publication (name withheld for legal reasons).

Ugochchukwu said, “I have gone through the said Publication and have interfaced with Ambassador T.Y.Buratai and can authoritatively say the content of the publication is false, concocted and malicious.”

Explaining further why the report couldn’t be true, he said that on or about 5th April 2018, President Muhammadu Buhari approved the purchase of equipment worth $1bn for the military through the Ministry of Defence.

”No Arms fund is ever missing contrary to some previous mischievous publications,” Buratai’s counsel said.

“For the records no such amount (#850M or any similar sum) was found with Ambassador Buratai nor does he have any Aide bearing such name,” he added.

KanyiDaily recalls that in 2021, the National Security Adviser to the President, Maj.-Gen Babagana Monguno (retd.), had alleged that the immediate past service chiefs could not account for the money approved to purchase weapons during their tenure.

Reacting to the allegation last year, Tukur Buratai denied being involved in the alleged diversion of funds meant for the procurement of arms during his tenure. 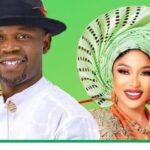 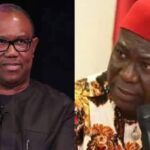