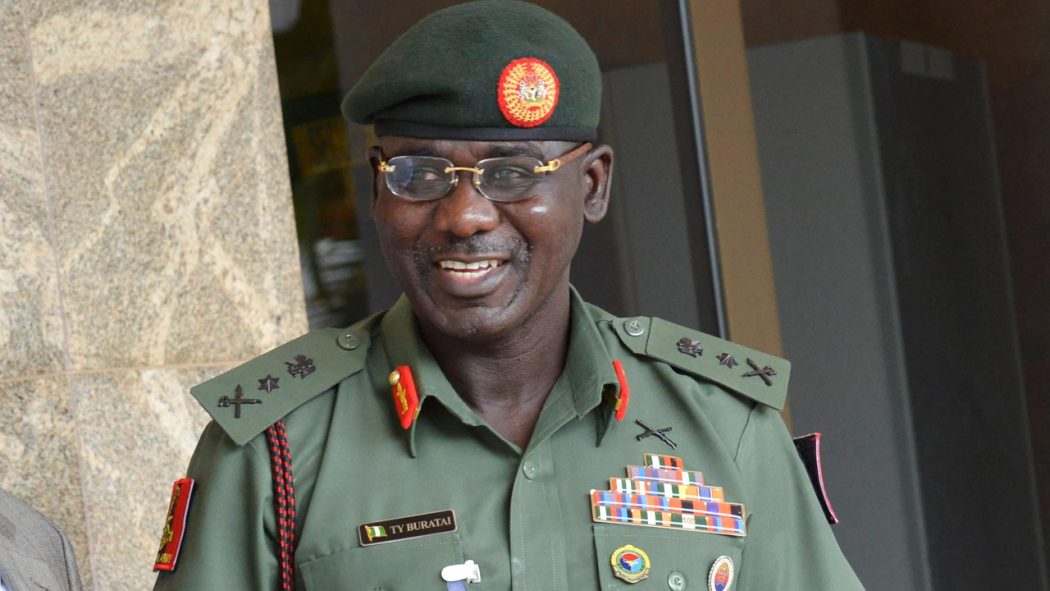 Chief of Army Staff, Lieutenant-General Tukur Buratai, has said the army legally acquired its landed property in parts of the Federal Capital Territory (FCT) and advised indigenes protesting alleged land grab to channel their complaints to the appropriate quarters.

Some FCT residents had on Tuesday morning blocked the convoy of Vice President Yemi Osinbajo while travelling along Umaru Musa YarAdua expressway in Abuja.

The protesters alleged that their indigenous lands were being taken over by the military whom they referred to as invaders.

However, Buratai while speaking at the foundation-laying ceremony for the construction of the Army Command Estate and Headquarters Directorate of Army Legal Services at Giri along the Nnamdi Azikiwe International Airport Road, told the protesting youths that their actions would not yield any result.

Buratai, who said the estate land was allocated to the Nigerian Army in 1979, noted that the army got its Certificate of Occupancy that same year, adding that all the documents of the land were with the Abuja Geographical Information Service – AGIS, of the FCT. He said:

“We paid the dues that were meant for the re-certification and got our acknowledgement. That is to say that we have legally and timely certify this particular land.

“So, any move to disrupt our activities here (ongoing construction work on the land) is going to be fruitless. We have all the legal backing.”

Speaking further Buratai said: “This particular estate (land) was granted to the Nigerian Army in 1979.

“However, we got the official allocation with the Right of Occupancy (C of O) in 1997 by the Federal Capital Administration.

“In 2011, when all lands in the territory were revoked and owners of the land were directed to re-certify their land, the Nigerian Army along with other services: Navy and Air Force, duly applied for the re-certification.”

He, therefore, advised those alleging that the army grabbed their land to channel to their complaints to the appropriate quarters rather than protesting and barricading the highways.

“The protesters should not allow themselves to be deceived and take the laws into their hands.”

To prevent encroachment on the 4,000 hectares of land, the army has dug trenches around the entire area.

It also commenced the construction of office and residential accommodation to accommodate the newly-established headquarters of Army Aviation Corps, Women corps, Space Command, as well as officers and soldiers quarters, the Nigerian Army Farms and Ranches Limited among other establishments. 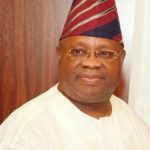 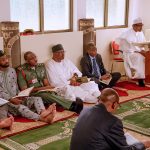