Legendary juju musician, Sunday Adeniyi, popularly known as King Sunny Ade (KSA), has been called out by a 51-year-old woman, Elizabeth Temitope Ayeni, who claims he is her biological father. 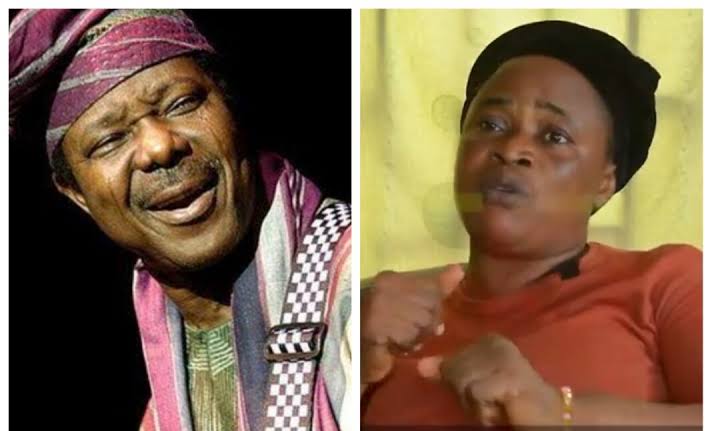 In an interview with Punch, Ayeni detailed a years-long paternity dispute with the singer that led her to the National Human Rights Commission (NHRC) for help.

According to Ayeni, her aged mother revealed the secret she had withheld for decades after a prophet hinted that there was something being hidden from her.

The woman said after her mother revealed in 2019 that Sunny Ade is her biological father, efforts to get the singer is still futile even after the NHRC sent him letters.

She said the intent was to establish a relationship with him rather than to get financial benefits from the singer who is believed to have married up to seven wives.

Ayeni said, “In 2019, a pastor told me to ask my mother to reveal a secret to me. First, I didn’t take it seriously until my husband told me to. So I called my mother and she confessed to me.

“My mother said it all began when she was still living with her father. Then, her father wanted to marry her off to an aged man but she refused because she had met Sunny Ade earlier and was two months pregnant for him.

“She said she eventually got married to the aged man since she couldn’t get in touch with Sunny Ade anymore. After getting married, my mother said she went in search of Sunny Ade but couldn’t find him.

“She went back to her parent’s place after the search and delivered me there. So, when I was two-year-old my mother left me with my grandma and remarried. Since the confession, I have been searching for Sunny Ade.

“I also went to a festival where he performed but couldn’t get through to him. Every effort to meet with him has been fruitless so I went to NHRC for help.

“NHRC has also taken two letters and photographs to him but to no avail. All I want is to know my background not because Sunny Ade is wealthy.”

Ayeni said she is only interested in reconnecting with her roots, her real background through her father, adding that she is not going public because of his money or prestige.

KanyiDaily had also reported how Lagos Police Public Relations Officer (PPRO), Muyiwa Adejobi was accused of refusing to take responsibility for his child after allegedly impregnating a lady he met during police recruitment. 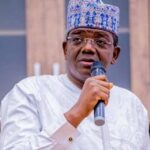 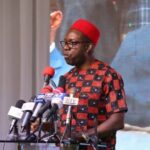