The General Overseer of the Omega Power Ministry (OPM), Apostle Chinyere Chibuzor has donated a fully equipped restaurant to the family of the late Deborah Samuel, a Christian female student of the Shehu Shagari College of Education who was killed over alleged blasphemy. Apostle Chibuzor had previously helped the family of the deceased to move out from Kaduna to Port Harcourt where he gifted them a house as well as a car, also placing the kids on scholarship.

Taking to his Twitter page on Monday, the clergyman shared photos of a fully equipped restaurant he donated to the parents of late Deborah Samuel.

Sharing the photos, he wrote: “I donated a fully equipped restaurant to the family of late Deborah Samuel today June 20, 2022. All these are sponsored through the tithes and offerings in OPM church”. 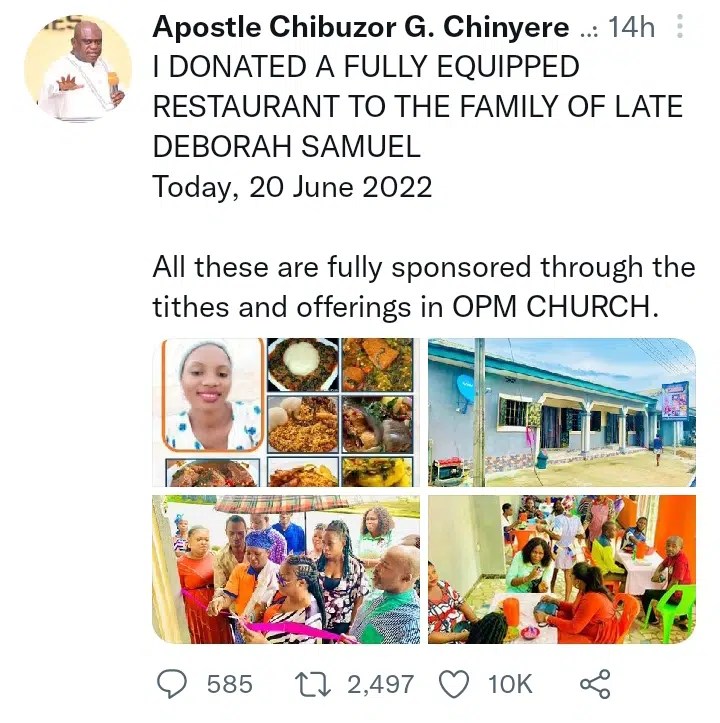 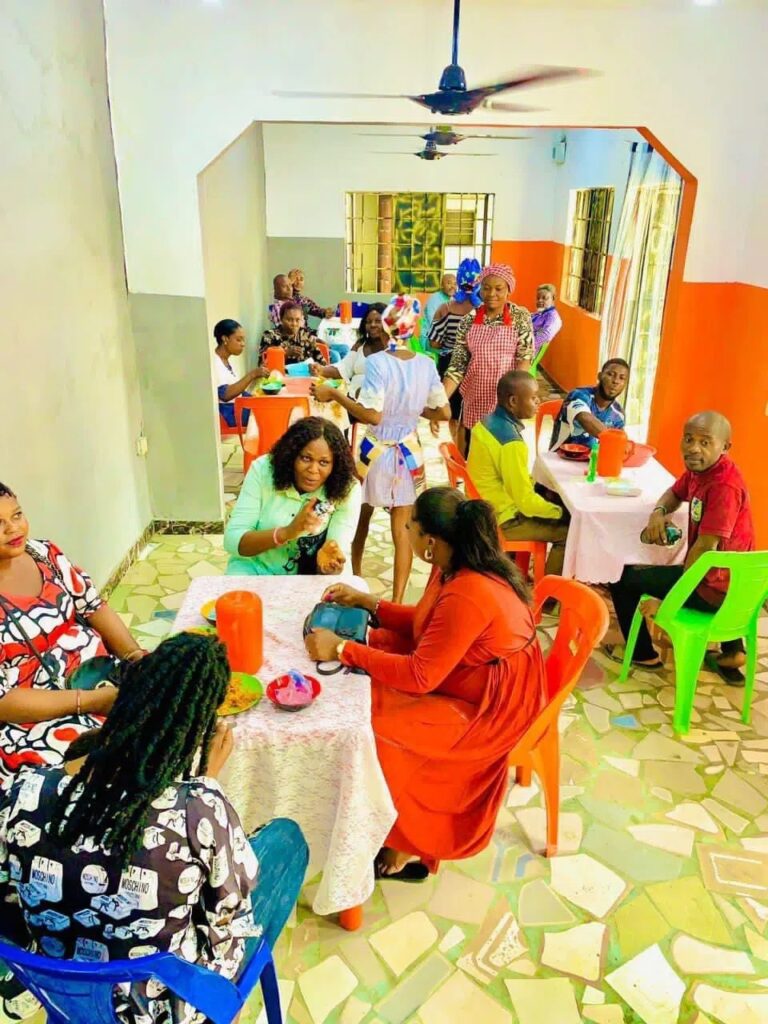 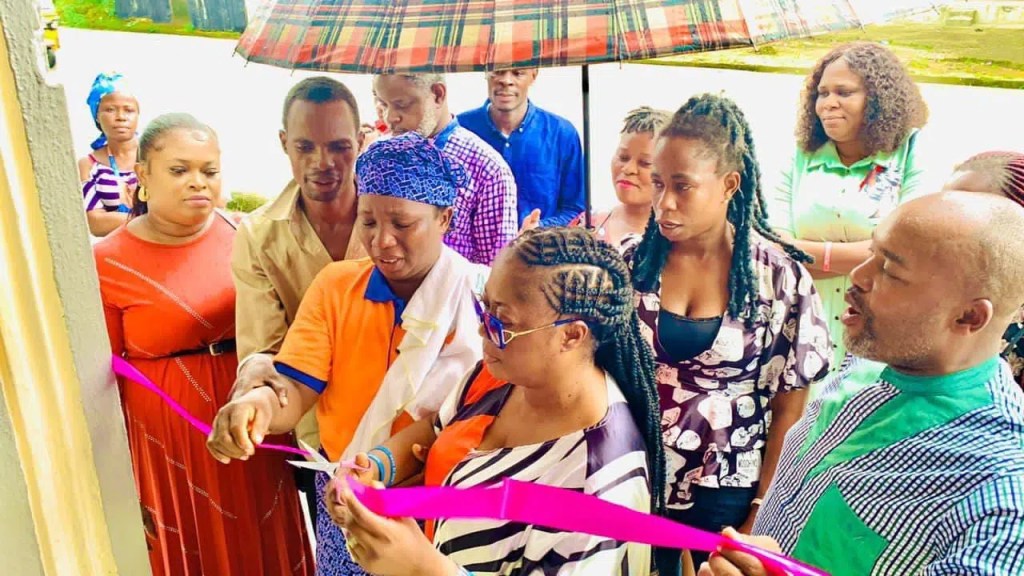 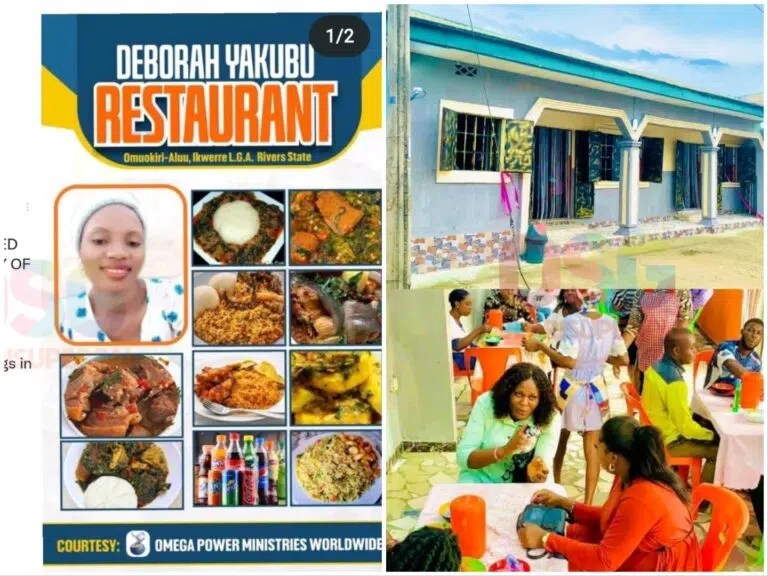 KanyiDaily recalls that Imam of National Mosque Abuja, Ibrahim Maqari blamed Deborah Samuel for crossing the red lines of Islamic faith which resulted in her killing by a rampaging mob of Muslim fanatics.

READ:  PICTURES From The Scene Of The Plane Crash!