The couple met 12 years ago when the footballer featured in the music video for Shakira’s song “Waka Waka,” the official song of the 2010 World Cup.

It was gathered that Pique was allegedly caught in bed with another woman, forcing the couple to be living separately for a few weeks after the footballer was kicked out of their family home.

According to Spanish outlet El Periodico, the 25-year-old footballer has been staying in a bachelor pad and has been living a “party lifestyle” since the split.

In a brief statement on Saturday, the 45-year-old singer announced their separation, stressing that the decision was for the sake of their two sons, Milan and Sasha.

Shakira said, “We regret to confirm that we are parting ways. For the well-being of our children, who are our highest priority, we ask that you respect their privacy. Thank you for your understanding.”

KanyiDaily had also reported how Former England striker, Andy Carroll was caught in bed with another woman just two weeks before his wedding to fiancée, Billi Mucklow. 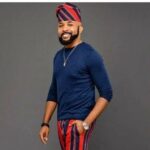 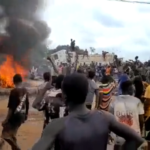