Nollywood actor, Uche Maduagwu has claimed that his colleague, Tonto Dikeh, turned down N85 million from a top political party in order to join the African Democratic Congress (ADC). 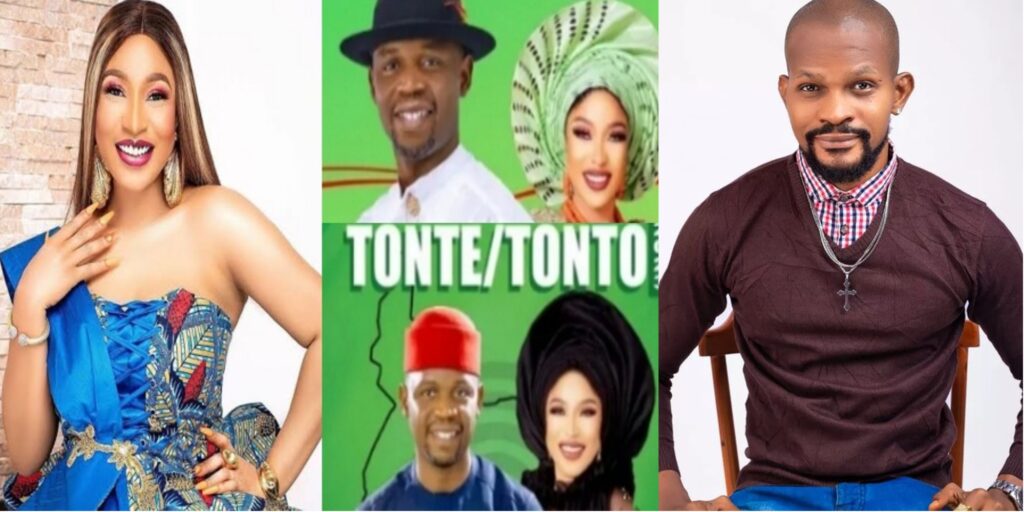 The actor stated this on his Instagram page after ADC candidate, Tonte Ibraye picked the actress as his running mate for the 2023 governorship election in Rivers state.

According to him, Tonto Dikeh rejected N85 million from a major political party to rescue Rivers by becoming the ADC deputy governorship candidate in the state.

He wrote: “Mama King Allegedly turn down 85 million Naira From A big political party In Rivers State Just to join ADC Because she want to RESCUE Rivers. She is destined to rescue Rivers State from Kpokpo Garri Audio politicians.

“Congrats my future wife, if Na Bob Agbalumo Risky Dem offer 85 million he for use the money Buy ten trucks of imported Hausa perfumes to cover his Oniduro Mi odor, but mama king turn it down because Jesus told her to join ADC and rescue her people.

“Her ex laugh at her whenever she told them of becoming a Deputy Governor, honestly, sometimes God need to separate a good woman from all appearances of KpoKpo Garri and 40 seconds limitations for her to fulfill DESTINY.

“Right now, I am working towards distributing FREE Red Bra to all eligible women in Portharcourt we must start rescueing Rivers from some where”

READ:  Nedu Wazobia Unveils His New Lover After Paternity Scandal With His Ex-Wife

KanyiDaily recalls that earlier this year, Uche Maduagwu had expressed his love and affection for Tonto Dikeh, saying that his new year resolution is to ensure that she carries his triplets.

READ:  We Want To See Leah Sharibu Even If She Has Given Birth For Boko Haram - Family Insist