Yahaya Bello Presidential Campaign Organisation has rejected the presidential primaries of the ruling All Progressives Congress (APC) which produced Bola Tinubu as the party’s flagbearer for the 2023 general election. 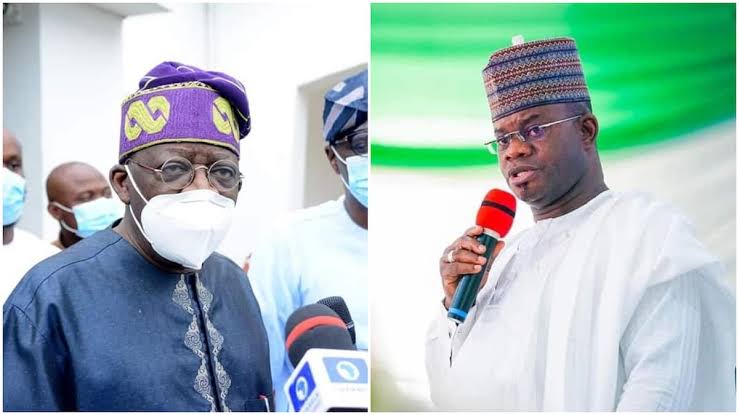 KanyiDaily had earlier reported that Tinubu declared winner of the APC presidential primary after polling 1,271 votes to defeat 13 other presidential hopefuls.

He won the election by a landslide after beating the former minister of transportation, Rotimi Amaechi, who came second with 316 votes, and Vice-President Yemi Osinbajo who got 235 votes.

Reacting in a statement titled, ‘Yahaya Bello remains the hero of the oppressed’, the governor said the process that produced Tinubu was “compromised” and “crooked”.

Yemi Kolapo, spokesperson of the Kogi governor’s campaign organisation, said Bello stood out in the primary “regardless of agelong intimidation by the elite”.

The statement reads, “The All Progressives Congress’ presidential primary elections have come and gone. The process was largely peaceful but highly compromised. This is however not new in a country where democracy is defined as the government of the oppressors by the oppressors and for the oppressors.

“It is sad to note that those who should know and who many progressives had thought of as leaders with integrity are the ones working against the people they were (s)elected to represent for egocentric reasons.

“In this process, one leader stands out, according to the majority of Nigerians. And that leader is one that has proven to the downtrodden and those regarded as “Nigerians without surnames”, that regardless of agelong intimidation by the elite, the best of our people can stand tall without compromising the values that we should have been known for as a nation.

“That leader, I say with all sense of fairness, is Governor Yahaya Adoza Bello of Kogi State. He is the hero of this process and has made his point loud and clear to the admiration of even his worst enemies.

“If there was a clear, desperate gang-up by northern governors and the leaders of a party against one person, and that person never for once disappointed his teeming supporters but rather fought to the very end, not minding the crooked process, then he should be celebrated by the constituency he represents – the youth.

“A mode of primaries whereby delegates who have largely been pocketed by their paymasters and who defer to the highest bidder are made to choose flagbearers of a political party is as warped as the process itself.

“It is obvious that in a bid to prove that he is not one of them, enemies of this project, Nigeria, went beyond speaking with delegates and oiling their palms to ensure that votes that did not represent Yahaya Bello’s popularity were counted against his name. But they have unwittingly made him the hero of the moment.

“We do not have to talk much but to pray that God Himself would deliver Nigerians from the hands of enemies of democracy. Poverty is a tool they have used for long to keep Nigerians poor. At the right time, however, this jinx must break!

“We only wish that this obvious crack in the ceiling would not eventually make the ceiling cave in.

“We want to thank the media immensely for their solid support in spite of persecution and mischievous information being churned out by detractors. You are indeed partners in progress. Yahaya Bello remains the hero of this process.”

KanyiDaily recalls that in the build-up to the primary, 13 northern APC governors asked the party to zone the presidential ticket to the south — a decision that was rejected by Yahaya Bello.

Related Topics:apcNewsPoliticsPresidencyYahaya Bello
Up Next