Former Minister of Transportation, Rotimi Amaechi has urged his supporters to vote for the ruling All Progressives Congress (APC) in the 2023 general election. Amaechi Asks His Supports To Vote APC In 2023

The former minister spoke on Saturday when he arrived in Rivers State after he contested and lost the APC presidential ticket to the party’s national leader, Bola Tinubu.

Addressing aggrieved members of the party who were expecting him to win the primary, Amaechi said no matter their anger, they should still vote for the APC.

He said, “Let me start by thanking all of you. I will make slight amends to the statement made by our leader. We have not won, because even the Bible we read says faith without work is dead. So, we will win if we are ready to work.

“It will be total arrogance to just sit at home and think you’ll win. Trust the courts, justice will be done. Don’t be afraid. Go home and work. Our job is to work; that is why I came. I came to thank you and to urge you to work. All of us are unit leaders; no more local government leaders.

“Let’s go home and win our units. We must praise INEC and the national assembly for reducing the level of rigging.

“I’ll be coming home regularly to make sure we win. I will not be an Abuja politician. You will see me here so that we can win.

“Please, the contest for the presidency, we should know that we should vote for our party, no matter how angry you are. Forget the stories you’re hearing; forget about those gossiping about a meeting in France. Let this place be your own France. Vote for your party.”

KanyiDaily recalls that Edo State Governor, Godwin Obaseki had said that Nigerians are no longer interested in the Peoples Democratic Party (PDP) and the All Progressives Party (APC). 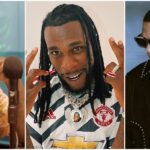 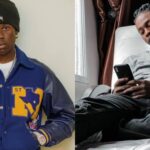