Nigerian superstar, Burna Boy performed one of his unreleased songs titled “For My Hand” featuring British maestro, Ed Sheeran at the Wembley Stadium in London. 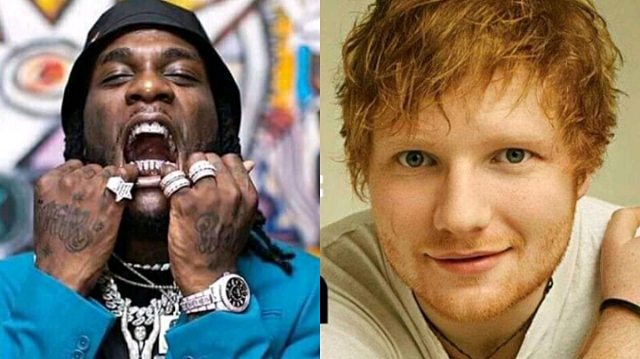 The song titled “For My Hand” which is off Burna Boy’s 6th studio album, “Love Damini” slated to be released tomorrow, Saturday, July 2, 2022, was performed at the concert organized yesterday by Ed Sheeran at the 90-capacity Wembley Stadium.

The British singer shared a video of their performance on his Instagram page where he and the Afrobeats superstar can be seen thrilling the audience with the new song.

They both crooned about their desire to get the attention of a perceived lover, while embracing each other after the electrifying performance.

“I wanna hold you so tight, so tight coming closer/ I wanna be your moonlight until night is over,” they sing.

.@burnaboy and @edsheeran perform a new song titled For My Hand at the Wembley Stadium! pic.twitter.com/j3ZK0R2vJI

KanyiDaily recalls that Burna Boy had announced that the title of his sixth album is ‘Love, Damini’, revealing that the project will highlight his personal struggles.