Big Brother Naija housemate, Rachel has engaged in a heated clash with her colleague, Sheggz and his love interest, Bella, over food. 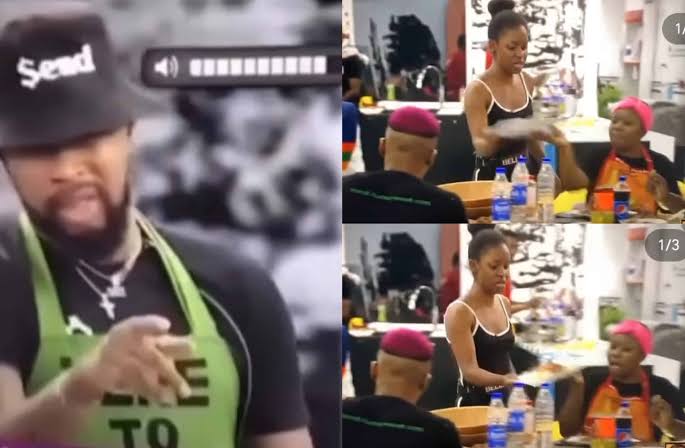 The drama started after the housemates completed a sponsored task in the arena and proceeded to the house to eat dinner.

Sheggz had called Rachel “stupid” over the meat that Bella was served. He said, “she has stayed long enough in this house to know that Bella doesn’t eat beef”.

Rachel, however, fired back at him, saying, “don’t call me stupid”. She also told Sheggz that it was Bella that demanded beef.

The two reality stars began to throw derogatory words at each other with Sheggz telling Rachel that she won’t be having the audacity to talk to him if not for the fact that they are in Biggie’s house.

Apparently cheesed off by his comment, Rachel said Sheggz was “immature.” She also said his “generation are the ones who are stupid”.

As the war of words went on, Bella tried to calm Sheggz who appeared to be furious over Rachel’s remark. Bella thereafter confronted Rachel to understand why she insulted Sheggz.

In an attempt to return the food Rachel gave to her, the food spilled on the floor and this threw the house into commotion.

As the entire house erupted into chaos, people held an enraged Rachel while Sheggz tried to calm his girl, Bella, who was desperate to continue the fight.

KanyiDaily had reported how BBNaija housemates, Daniella and Khalid were caught on camera having sεx under the sheets while being watched by their colleague, Amaka.

READ:  Jaruma Deletes Video Of Herself Promising Tacha N50 Million, Unfollows Each Other On IG 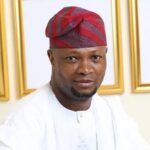 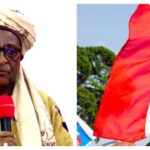