Nollywood actor, Stanley Nweze has taken to social media to advise couples following the failed marriage of his colleague, Funke Akindele, and her husband, JJC Skillz. 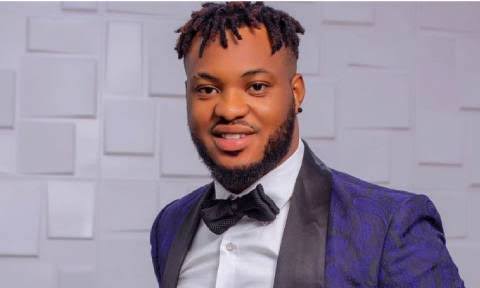 KanyiDaily recalls that JJC Skillz had recently announced the dissolution of his six years old marriage to Funke, saying had tried his best but their marital crisis was beyond repair.

In a post shared on his Instagram story, Stanley Nweze expressed concerns at the frequency of marriage crash in recent times, especially among celebrities.

The actor advised couples to do everything possible to ensure their marriages work so their kids don’t grow up in separate homes, noting that breakup news frightens and discourages single people like him from getting married.

READ:  Bradley Cooper And Irina Shayk Ends Their 4 Years Relationship After 'Being Miserable Together'

He wrote, “A lot of marriages don’t last these days why? Couples are fast to vow for better and for worse but when things get worse, they get fed up and leave the marriage.

“I know people are passing through a lot in marriages but sometimes, for the sake of our children, try to make it work because I think if your children grow in separated homes, it could be a thing in your lineage.

“This is very scary and discouraging for those who are yet to marry. May we all be happy and have lasting marriages, IJN.”

Meanwhile, Nollywood Actor, Samuel Jemitalo has advised men against marrying women who have made it in life because they will never respect them.

READ:  “Make Me Your Slave Again” - Yonda Begs Davido To Take Him Back, Revive His Career

Related Topics:AdviceBreakupcelebrityEntertainmentgistmarriageNigeriaStanley Nweze
Up Next