Rivers State Governor, Nyesom Wike says that the former Governor of Jigawa State, Sule Lamido has lost relevance politically after he played an “ignoble role” that caused the defeat of the Peoples Democratic Party (PDP) in 2015. 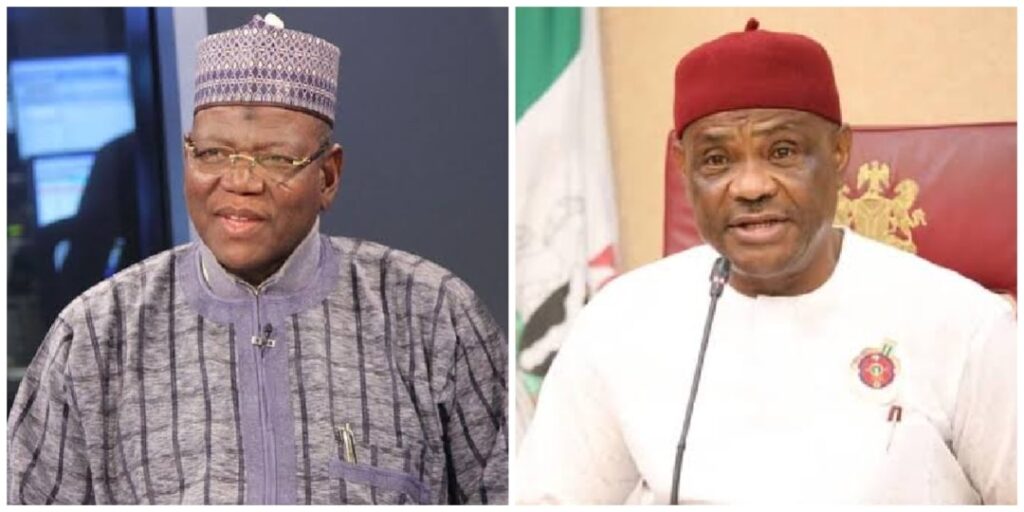 Wike stated this while reacting to recent remarks made about him by Lamido who slammed the River governor over his continued feud against the PDP presidential candidate, Atiku Abubakar.

The PDP has been embroiled in crisis due to the rift between Atiku and Wike which started after the governor lost the party’s primaries to the former vice president and subsequent picking of Delta State Governor, Ifeanyi Okowa as running mate.

Speaking of the development during an interview on Channels Television, Lamido dismissed the crisis, adding that “we should forget about Wike” to be bluffing.

The former governor described a reconciliation committee set up to resolve the differences between Atiku and Wike as mere well-wishers, arguing that the party did not offend anyone.

Lamido added that Wike’s stance politically during the 2023 elections will not cost the party votes in Rivers, noting that the governor does not have a monopoly over the people.

Reacting in a statement by his media aide, Kelvin Ebiri, on Wednesday, Wike described the comments credited to Lamido as disgusting and disdainful.

Wike said Lamido has lost relevance politically, noting that the former governor and his cohorts played an “ignoble role” that caused the PDP’s defeat in 2015 and 2019 in Jigawa.

The statement reads, ”We have observed with disgust the disdainful remarks made by the former governor of Jigawa State, Alhaji Sule Lamido about Rivers State Governor, Nyesom Ezenwo Wike, during his recent interview on Channels television.

“While, we cannot deny that Alhaji Lamido has an inalienable right to his personal opinion, we wish to declare that he, however, lacks the right to malign governor Wike, whose immense contributions to the sustenance of the Peoples Democratic Party are not in dispute.

“It is rather appalling that at a time when concerted efforts are being made by lovers of true democracy and the unity of the party, to resolve some inherent contradictions plaguing the PDP, Alhaji Lamido and his cohorts, who have since lost their relevance in the polity, are busy creating friction and schism.

“Governor Wike has never claimed to be the custodian of the over 3 million votes in Rivers State. But as the leader of the PDP and good people of Rivers State, anyone who underrates the governor’s political pedigree or dares to ignore his influence in the State and beyond will be doing so at his own peril.

“We wish to remind Alhaji Lamido that governor Wike has never left anyone in doubt about his capacity to sway the voters in Rivers State in a direction that benefits the people and the State. In overall, when he speaks, Rivers people will listen, no doubt.

“Perhaps, Alhaji Lamido thinks Nigerians are suffering from selective amnesia to have forgotten in a hurry, the ignoble role he and his cohorts played between 2014 and 2015, that culminated in the defeat of the PDP in the 2015 general election.

“We hope that he is not up in such a scheme again to cause a repeat of that history. Otherwise, if Alhaji Lamido has any modicum of conscience, he won’t be making disparaging comments about governor Wike, whom many have described as the pillar of the PDP since 2015.

“We wish to state without equivocation that no well-meaning member of the PDP will describe governor Wike as ‘insignificant’ in the affairs of the PDP. With all modesty, only persons plagued by schizophrenia psychosis will ascribe any form of relevance to Alhaji Lamido, under whose leadership the PDP has woefully lost two governorship elections in Jigawa State in quick succession.

“Such records depict that Alhaji Lamido cannot and does not have such a political following that will benefit the PDP. Those who want electoral victory for the PDP are not dampening the morale required for a political offensive at APC, but Alhaji Lamido is cracking the wall of unity badly.”

Ebiri said the margin of Wike’s election victory in 2015 and 2019 in Rivers state “are marks of political sagacity and determination to keep PDP at a leading pedestal”.

“So, as the 2023 general elections beckon, we wish to advise Alhaji Lamido to redeem his battered political image by delivering Jigawa State to the PDP, if he can,” he added.

This comes barely 24 hours after reports emerged that Nyesom Wike held a meeting with the presidential candidate of the All Progressives Congress (APC), Bola Tinubu in Paris, France. 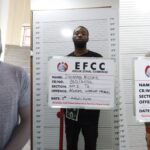 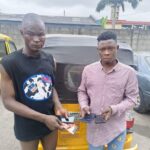