WAEC head in Nigeria, Patrick Areghan, who made the announcement on Monday, August 8, said a total of 1,607,981 candidates registered for the examination from 20,222 recognized secondary schools across the country — but only 1,601,047 sat for the test.

Areghan said that of the total number that sat for the examination, 1,437,629 candidates representing 89.79 percent had their results fully processed and released.

He disclosed that 163,418 — representing 10.21 percent — had a few of their subjects still being processed due to some issues that are still being resolved.

Giving a breakdown of the results, the WAEC head in Nigeria said 1,222,505 — representing 76. 36 percent — who sat for the examination obtained credits and above in a minimum of five subjects, including English Language and Mathematics.

He said the figure represents a 5.34 percent decrease in performance when compared to the 81.70 percent obtained by candidates in the same category in 2021.

He added that 1,409, 529 — representing 88.04 percent — obtained credit and above in at least five subjects with or without English Language and Mathematics.

Areghan said the body withheld 365,564 results due to alleged cases of examination malpractices, stressing that the number of seized results represents 22.83 percent — making it 11.74 percent higher than the 10.9 percent recorded in the same examination diet in 2021.

The WAEC boss lamented the cases of malpractices in schools during exams, adding that relevant stakeholders must join hands to stop the trend.

“I will say preparation for examination among our students is taking a serious nose dive, due to over-reliance on the so-called ‘expo’, which is actually non-existent,” he said.

“Candidates simply got frustrated when they entered the examination hall and discovered that all they had celebrated, was actually fake.

“This has pitiably led to some of them failing the examination, which if they had relied on themselves and studied hard, would have passed like many others.”

KanyiDaily recalls that the Joint Admissions and Matriculation Board (JAMB) had also released the results of the 2022 mock Unified Tertiary Matriculation Examination (UTME). 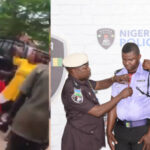