Benue State Governor, Samuel Ortom has challenged President Muhammadu Buhari to hold a referendum to get the feelings of Nigerians towards his inability to tackle insecurity. 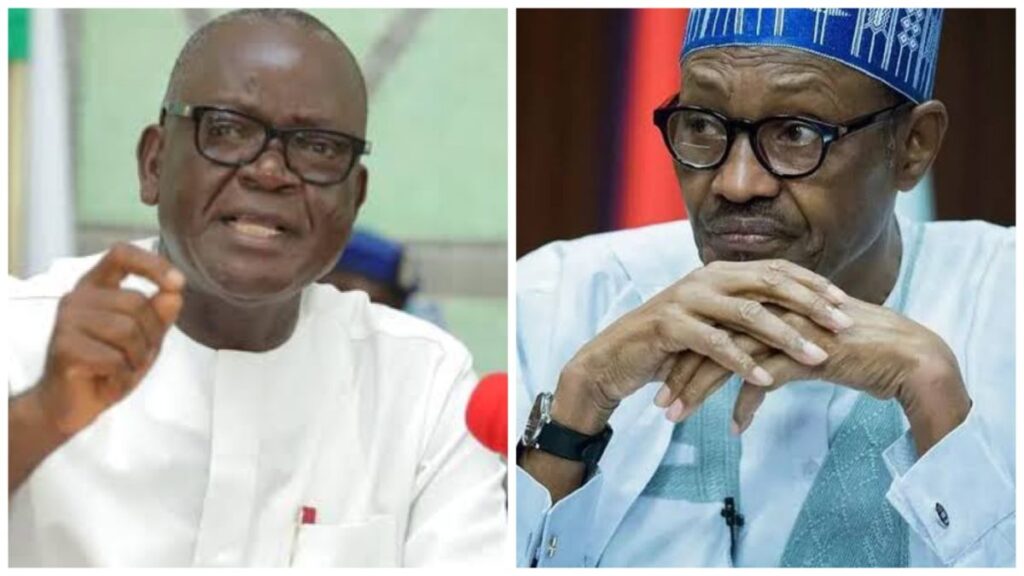 The governor was reacting to a statement by the presidential spokesman, Garba Shehu, who denied his allegations that the federal government asked security operatives to spare criminal herdsmen.

During an interview published by ICIR on Monday, Ortom alleged that armed Fulani herdsmen cannot be brought to book for their violent attacks across the country because of an order from Buhari prohibiting security agents from apprehending and arraigning them.

Reacting in a statement on Wednesday, Garba Shehu accused the governor of spreading falsehood, adding that the governor is promoting division with his comments.

In a statement on Thursday, Nathaniel Ikyur, chief press secretary to Ortom, quoted the governor as saying that Garba Shehu has zero sympathies for the families of those being killed daily by Fulani terrorists.

The statement read, “Each time I speak about the dreadful manner the Muhammadu Buhari administration has handled the security situation in the country, his media aides and hangers-on come out attacking my personality instead of addressing the issues I raised.”

“If the Presidency assumes that I am wrong about my statements regarding the failure of the present government to tackle insecurity, I urge them to hold a referendum to get the feelings of Nigerians towards their ineptitude, complicity and clear lack of commitment and sincerity in protecting the people.

“It is sad and unfortunate that the likes of Garba Shehu have zero sympathies for the families of those being killed daily by Fulani terrorists. As long as their meal ticket is secured, they tell Mr President to go to bed, that all is well with the country.

“Garba is a man whose loyalty is for sale to the highest bidder. He sings in high praise of the President today because that is his current source of livelihood. He will be the first to go against the President once the tables turn. He has done that before with other prominent Nigerians whom he served. A man who betrays his former benefactor for a new pot of porridge does not possess the moral right to question me.”

He went on, “Shehu blew the opportunity to prove me wrong that I raised a false alarm about the worsening security situation in the country. Hundreds of our citizens are held captive by terrorists in the forests. I expected Shehu to tell Nigerians what efforts the Federal Government has made to release the hostages.

“Was it a false alarm from me that led to the terrorists’ attack on the convoy of President Buhari in his home state Katsina? Or was it a movie acting when terrorists broke into Kuje Correctional Centre right in the heart of Abuja, the Federal Capital Territory and released their colleagues?

“It is unfortunate that till date, no officer has been arrested or questioned for the lapses and clear cases of complicity by the security operatives attached to the Kuje facility. There are reports of over six jailbreaks in the last seven years under the Buhari administration. If that is not a crying shame of failure on the part of the Presidency, we wonder what else qualifies as a failure.

“Everyone is aware how the Buhari administration descends heavily and brutally on other groups like Nnamdi Kanu of the Indigenous People of Biafra (IPOB) or Sunday Igboho who have been declared as terrorists with their members arrested and incarcerated but the same government treats Fulani terrorists with kid gloves.

The statement added that “Garba Shehu must be reminded that I speak the minds of most Nigerians on specific areas of incompetence or deliberate complicity by the Federal Government in the heinous crimes committed against citizens by armed Fulani herdsmen and other terrorists. Instead of taking me on those points, Shehu went chasing vain and mundane matters in a desperate attempt to malign me which he failed woefully. ”

“If I raised a false alarm, why have the Fulani terrorists who are veiled as herdsmen continued to kidnap and kill Nigerians unchallenged? How many of the terrorists and bandits have been apprehended and prosecuted? The Buhari administration cannot extricate itself from complicity regarding the evil visited on citizens of this country. The Presidency has failed the integrity test and should rather accept its failure, apologize to Nigerians and seek help to salvage the situation.

“It is clear that the loud-mouthed presidential media aide is unaware that other states such as Zamfara, Kaduna, Sokoto and even Katsina where the President comes from are under siege. Is that also my false alarm that has given rise to the killings in other parts of this country?

“In case the likes of Garba Shehu and his likes are not aware, majority of Nigerians wake up to face daily frustrations and live in constant fear of who will be the next victim of terrorists. Yet, self-serving individuals like the presidential media aide who live under the shield and paraphernalia of the Presidency and have apparently sold their conscience to the devil, want us to pretend that nothing sinister is happening.”

For describing the governor, an “opportunistic politician,” Ortom who highlighted his political career, stated that no amount of blackmail, persecution and media attack can discourage him from speaking against the injustice and pain the present government has caused Nigerians.

He then advised the Presidency to focus on ending the killing of innocent Nigerians, fix the economy as it promised and stop the stinking corruption under their watch.

KanyiDaily recalls that Governor Samuel Ortom had also asked President Muhammadu Buhari to give an account of the $1 billion security funds jointly contributed by the 36 states of the federation to fight insurgency in the country. 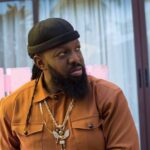 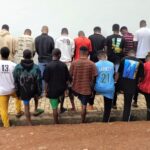