The General Superintendent of the Deeper Christian Life Ministry, Pastor Williams Kumuyi has asked church ushers to stop enforcing head covering for ladies in his church. 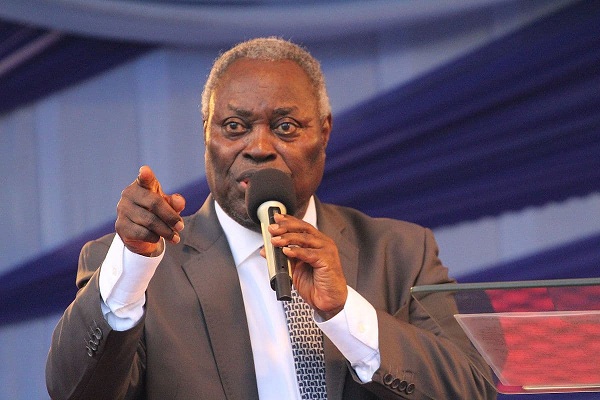 The man of God, who cautioned the church workers in a now-viral sermon shared on Facebook, stressed that persistent coverings of the head cause heat in the hair and it will emit odour.

Kumuyi wondered why some sisters in the church would cover their heads for almost 20 hours a day; stating that many have made themselves unattractive by their appearance.

He lamented that many Christians who don’t know how to interpret the Bible are driving people away from the church, noting that some directives in churches are discouraging people from serving God.

The pastor also tackled some married women who always dress “shabbily” because they “believe since they are married they are no longer obligated to look good before their husband.”

Kumuyi said, “Somebody is coming to our church for the first time. And she happens to be a lady not covering her head. We ask the person to cover her head before coming in.

“We don’t know whether the person does not even know God. We confront her out there before she even enters the church. We don’t know if she does not know how to pray or prophesy. But we impose rules on her.

“If I were the person, I would wonder what kind of church is this? If they treat me like a primary school girl, that will be my last time coming to the church.”

Speaking further, the 81-year-old said the Bible only instructed women to cover their heads when they are praying or prophesying.

Kumuyi, however, wondered why some female members of his church will cover their heads for nearly 20 hours a day while paying less attention to their outfits.

He said several married women appear unattractive to their husbands because they have continued to keep themselves in “bondage” due to ignorance of the word of God.

“The purpose of covering the hair for the woman is when you pray or prophesy, and let me open everything to you, there are sisters that cover their hair for at least 20 hours in a day,” he said.

“Eventually, the hair, because of the heat, will be emitting odour. Some will say, what kind of pastor is this? This is the kind of pastor that will tell you everything you need to know. There are some people, even when they are taking their bath because they are not going to wash their hair then, the covering is still there.

“Now, you put yourself in such bondage because you never read the word that every woman that prays or prophesy with her head uncovered dishonoureth her head.

“If I don’t tell you, nobody else will tell you, there are some wives, they don’t make themselves clean, beautiful and attractive to their husbands. Some of them will say, he has married me, he cannot divorce me, and so there’s nothing he can do.

“(Therefore) they dress shabbily and they will not present themselves attractive… there are some single sisters, they are not presentable, you can see their problems on their faces and the way they carry themselves, anyone who even knows the will of God will say if I bring this one in, I’m bringing another load, I have enough load for myself…cheer up, you’re a child of a king.”.

KanyiDaily recalls that Pastor Mike Bamiloye had also advised women who are yet to get married, to avoid becoming feminists. 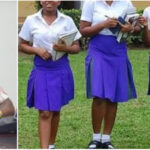 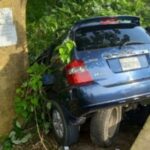