Ahead of the commencement of election campaigns for the 2023 general election, the Peoples Democratic Party (PDP) has constituted its presidential campaign organisation. This was made known on Thursday evening, September 15 in a document signed by the National Organising Secretary of the party, Capt. Umar Bature.

The document showed that Akwa Ibom State Governor, Udom Emmanuel, will be the chairman of the organisation.

Sokoto State Governor, Aminu Tambuwal will be the Director-General (DG) of the organisation.

The Independent National Electoral Commission INEC has given political parties September 28, 2022 for official commencement of national campaigns ahead of the 2023 elections.

George, who stated this while making a case for the position to be occupied by a southerner, said the current arrangement in the party of the having the party’s presidential candidate and national chairman filled by northerners can no longer stand. 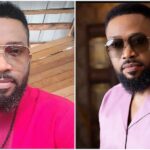 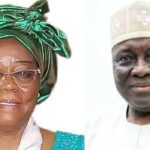