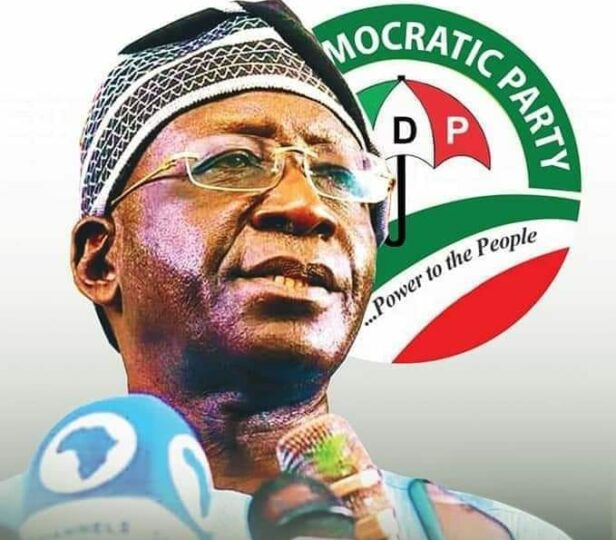 George, who stated this while making a case for the position to be occupied by a southerner, said the current arrangement in the party of the having the party’s presidential candidate and national chairman filled by northerners can no longer stand.

According to George, while speaking during a press conference in Lagos on Thursday, said Ayu’s refusal to resign sends a message to members of the PDP in the South that they don’t matter.

“Some people are insisting that there is nothing wrong with this present arrangement. Some have argued that this happened during Chief Olusegun Obasanjo’s administration, where the candidate and the national chairman were from the same zone.

“Let the truth be told, there are remarkable differences in the scenario then and now. Then we had the leader of the party who was then a sitting president from the South and the candidate was from the North.

“In addition, the National Chairman, Dr Ahmadu Ali, was then on his way out. Today we have no sitting President from our party in Aso Villa so, that argument falls flat. We need to stop playing games and being zombified.

“Let me summarise the genesis of the current crisis.

“As envisaged by the founding fathers of our party, there are six top positions in our Country: President, Vice President, Senate President, Speaker of the House of Representatives, Secretary to the Government of the Federation and National Chairman of the party.

“Presently we are not in government, therefore we only control three of these six positions namely: Presidential, Vice Presidential Candidates and National Chairman.

“I remember that Dr. Iyorchia Ayu said pointedly that if the Presidential Candidate emerges from the North, he would resign for a new National Chairman to emerge from another zone before the presidential campaign starts.

“The other three positions are futuristic. It is only when we win the elections that we will fill these positions namely: the Senate President, the Speaker and the Secretary to the Federal Government.

“As a result of the need to have inclusiveness, oneness and togetherness, it does not make any political sense for the Presidential Candidate and the National Chairman to come from the same zone. Now, we have a situation in which some elders are saying “it does not matter”. Can we go into the election with Alhaji Atiku Abubakar and Dr. Iyorchia Ayu, from the same zone, leading our National Campaign?

“This will be an affront, an impunity, and an insult to the electorate and party members from the South.

“Dr. Ayu promised openly, before the presidential primary in May, to resign, if the Presidential Candidate emerges from the North. So, why has he refused to honour his words? Why is he reneging? What is driving his reluctance not to resign?

“We are promising Nigerians that when we get to government, every tribe will have a say in government but now, how do we want Nigerians to trust us when we cannot fulfil a simple promise? Our National Chairman made a pledge and in such a short time he has broken the pledge.

“Our party members from the South are now asking the following questions patently:

“Have we thrown our integrity to the dogs?

“How will Southern PDP leaders convince their electorate to vote for our candidate when there is no substantial National position in the Southwest?

“How can we go into the election season with this type of division and expect to win the February 25 presidential election?

“Unless we are united, unless we have fairness, equity and justice in our system, the party and the country are heading nowhere.

“I am not a soothsayer, but I have traversed the length and breadth of our country and have learnt so much politically. What I have predicted above will come to pass unless reason prevails and we apply the brake immediately.

“It was the same myopic and unpatriotic reasoning that led to the collapse of the First and Second Republics.

The PDP chieftain wondered if the North would remain calm if the positions in question were filled by only Southerners.

He said, “Peradventure, let us reverse the scenario and think of these consequences. What do you think will happen if our Presidential Candidate and the National Chairman come from the South? How do you think our Northern brothers will feel and handle the situation? What is happening now is that many Southerners are feeling alienated, two weeks to the commencement of the presidential campaign.

“Let me declare categorically that the positions of Presidential Candidate and National Chairman cannot come from the same zone. Period!”

George added that the vote of confidence supposedly passed on Ayu and the party’s NWC at the its National Executive Committee meeting could not hold sway because most Southern members of NEC were absent from the meeting.

Rivers State Governor, Nyesom Wike has been the dominant voice calling for the resignation of Ayu.

Recall that Oyo State Governor, Seyi Makinde yesterday, September 14th, joined in the call for the resignation of Ayu as national chairman in other to give the people of the South a sense of belonging in the party.

Meanwhile, Kanyi Daily had reported that the PDP presidential candidate, Atiku Abubakar said Ayu can only be removed if the party’s constitution is amended. 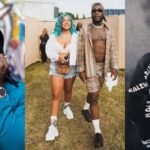 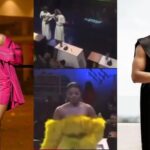