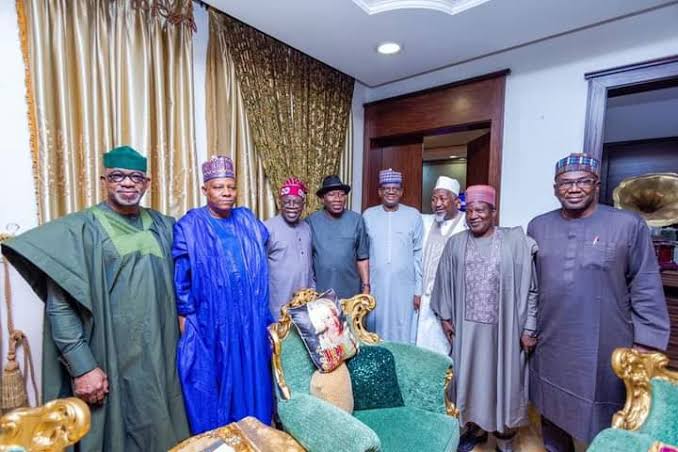 Tinubu met Jonathan in his Abuja residence on Tuesday night. Recall that the APC presidential candidate had met with Obasanjo on August 17th as part of his nationwide consultation with prominent Nigerians on his 2023 presidential ambition.

It is unclear what the former Lagos governor discussed with Jonathan at the meeting, but it is not unconnected with Tinubu’s presidential bid.

Those who accompanied Tinubu on the visit to Jonathan, included his running mate, Kashim Shetimma, and the Plateau State Governor, Simon Lalong, who is the Director-General of the APC Presidential Campaign Council.

In the meantime, Kanyi Daily had reported that former president, Obasanjo had denied endorsing Tinubu for the 2023 presidential election.