The Peoples Democratic Party (PDP) on Sunday, took a swipe at the presidential candidate of the All Progressives Congress (APC), Bola Tinubu over what it claims to be derogatory remarks on the PDP. 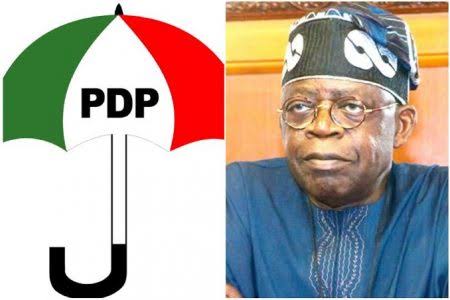 The PDP said Tinubu is attempting to divert attention from the main issues of the failures of the APC government by those remarks.

Spokesman of the PDP, Debo Ologunagba, in a strongly worded statement, said the APC has exposed Tinubu as a paper candidate who is confused, nervy and intimidated by the PDP’s presidential candidate, Atiku Abubakar and the achievements of the PDP.

Ologunagba said this is because of the APC’s fixation on the PDP, adding that both Atiku and the PDP stare Tinubu in the face in mortal fear of failure ahead of the 2023 general elections.

“Unlike the APC that is dead, the PDP is not only alive and existing as acknowledged by Asiwaju Tinubu in his statement, but also strong, united and focused on its mission to Rescue, Rebuild and Redirect our nation from the misrule of the APC.

“It is distressing that Asiwaju Tinubu speaks like someone under the influence with incoherent discourse and absence of mind that further expose a lack of capacity for leadership especially at the Presidential level.

“It is rather shameful that the APC Presidential Candidate alluded to the nation’s railway system which was revitalized by the PDP administration but painfully surrendered to terrorists and bandits by the APC government.

“From his incoherent discourse, the APC Presidential Candidate appears to be battling with issues of ethical challenges and ineligibility to contest election on account of inconsistencies in his educational qualifications, name, ancestry, age, corruption allegations among myriads of issues.

“Nigerians gave Asiwaju Ahmed Tinubu the benefit of the doubt but he failed them by engineering a deceitful government leading to the ugly indices of insecurity and bloodletting, economic hardship, unemployment, disunity and low life expectancy imposed on our nation in the last seven years.

“He should know that Nigerians are aware that he is in the Presidential race not to serve but to gain control of the nation’s treasury so as to expand his exploitative enterprise and economic empire beyond Lagos State.

“The APC Presidential Candidate has not responded to allegations that he is the promoter of the increase in VAT, electricity tariff, import duties, Stamp Duty, fuel price hike as well as other exploitative tolls by the APC Federal Government, from which he allegedly benefits through many stooges in the Federal Inland Revenue Service (FIRS) and other revenue generating agencies of government.”

The PDP also accused the APC presidential candidate of being responsible for mass defection of members from the party.

“Asiwaju is a huge baggage to the APC. He should know that because of him there is a daily exodus of millions of APC members across the country into the PDP. In the last one month, over 5 million APC members have defected to the PDP.

“In the Lagos State axis, his supposed stronghold, close to one million APC members have decamped to the PDP since his emergence as APC Presidential Candidate.

“This is because Nigerians have recognized the PDP and its Presidential Candidate, Atiku Abubakar as the solution our nation needs at this moment while Asiwaju has been identified as “Another Problem Coming” (APC),” the PDP’s statement read.

Meanwhile  Kanyi Daily had reported that Tinubu said his campaign will be devoid of exchange of insults with other parties in the country.

He stated this when he met with Northern state lawmakers of the APC in Abuja on Saturday.

According to him, “We don’t need it; we are smarter, we are brilliant, we are courageous.

“We are not like them. Why do we have to worry about them?

“But just wait for the calendar, the day of the voting.” 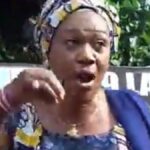 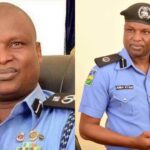