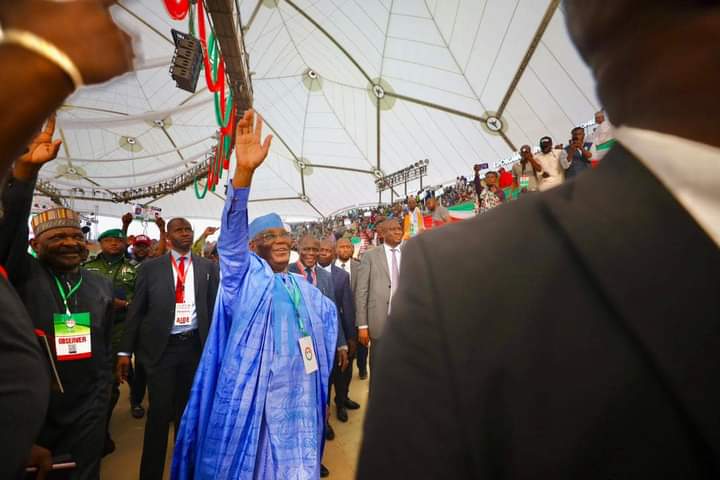 Atiku Abubakar emerged the winner of the People’s Democratic Party (PDP) Presidential primaries after edging out his closet  rival Nyesom Wike, the governor of Rivers State.

READ: Atiku Deletes Posts On Deborah’s Killing After Threats To His Presidential Ambition

Below is a breakdown of the votes;

The former Vice president shared a statement via his social media pages;

“Today, the march to rebuild and unite our great country moves forward. I am honoured to be named the presidential candidate of the Peoples Democratic Party. I look forward to speaking with Nigerians across the country, taking the message of hope and unity as we build one future for one people.-AA #OneNigeria”

READ: Atiku’s Igbo Wife Accuse Him Of Threat, Intimidation After She Asked For Divorce

ALSO READ: I Am Still Agile And Most Likely To Win Presidency In 2023 – Atiku Abubakar