The Osun State Police Command, on Sunday said it has began investigation into  circumstances surrounding the demise of a 19-year-old undergraduate, Victor Olonade.

Olonade was reported to have committed suicide at his father’s residence in the Ilesa area of the state.

Spokesperson of the command, Yemisi Opalola, in a statement, said the lifeless corpse of the deceased was found hanging in one of the rooms at his father’s house on Saturday.

According to her, following the discovery, the police were alerted, adding that policemen detailed to visit the scene of the incident recovered the corpse.

She said there were no signs of violence on the body, adding that the corpse had been deposited in a morgue.

The statement read in part, “Around 2.30pm on Saturday, one Agboola Olusola of 049 Isokun Street, Ilesa, reported at Ilesa ‘A’ Division that Victor Olonade, 19, a student of Ipetu Ijesa College of Technology, Osun State, was found dead by hanging in a compound with telephone cable.

“Scene of the crime was visited and no mark of violence was found on the body. The corpse was deposited at the Wesley Guild Hospital, Ilesa. The case is still under investigation.”

In other news, Kanyi Daily had reported that the Oyo State Police Command says it has started investigation of the decomposing body of a landlord found in his bedroom at Awotan, Apete area of the state. 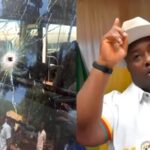 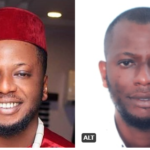