The Imo State chapter of the Peoples Democratic Party (PDP) has slammed the state governor, Hope Uzodinma, for inviting President Muhammadu Buhari to inaugurate some completed projects in the state. 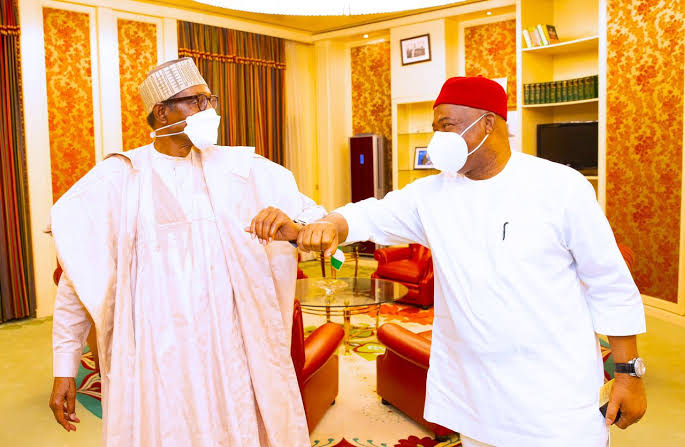 KanyiDaily recalls that Buhari is scheduled to visit Imo on Tuesday, September 13, to inaugurate two road projects and the reconstructed house of the assembly complex.

In a statement on Monday by its spokesperson, Collins Opurozor, the PDP accused Uzodimma of luring Buhari to the state to “re-commission a 30-year-old repainted complex and the uncompleted Owerri-Okigwe Road.”

The PDP stated that the governor had ditched the state into a financial mess, and is attempting to take credit for the Assembly complex which was built over 30 years ago by a former Imo governor, Sam Mbakwe.

The statement reads, “Our party, therefore, condemns the move to bring President Buhari to Imo State to re-commission a 30-year-old repainted complex and the uncompleted Owerri-Okigwe Road.

“The President should not bow to self-serving pressures from Uzodinma to lend his exalted office for such caricature. We challenge Uzodinma to take President Buhari through the road set for commissioning to prove that it is truly in existence.

“For the avoidance of doubt, the Imo State House of Assembly Complex, the best in Nigeria, was built and commissioned by Chief Sam Mbakwe in 1983. The project was handled by an indigenous firm, Okigwe Construction Company, owned by Chief John Enyogasi.

“For Imo PDP, therefore, Uzodinma’s attempt to take credit for Mbakwe’s landmark project is an intolerable dimension to his insult and disrespect to Mbakwe, and it is the most audacious attack on the memory of the late respected leader.

“What makes the issue more outrageous is that President Mohammadu Buhari, who Uzodinma has concluded plans to bring for the festival of shame, has always been known for his abiding disdain for the progress and development of Imo State. Recall that in 1983, the military regime of Buhari put our hero, Dee Sam Mbakwe, in prison for daring to develop Imo.

“In 2020, the regime of President Buhari again stopped the progress of Imo State by terminating the tenure of the duly elected Governor, the Rt. Hon. Emeka Ihedioha and installing the unelected and unelectable Hope Uzodinma.

“Now in 2022, he is being invited to re-commission one of the signature projects of Chief Mbakwe so as to fully participate in the ridiculing of the late quintessential leader. The spirit of Dee Sam will rise to fight these unrepentant enemies.”

READ:  Man Kills Self, Girlfriend And Daughter Because She Broke Up With Him

Reacting in a swift statement, Uzodinma’s Senior Special Assistant on Print Media, Modestus Nwamkpa said that the PDP in the state was suffering from political frustration.

Nwamkpa said that PDP was crying because Uzodimma was building projects the PDP’s past administrations in the state abandoned for over a decade.

He said, “There is nothing political frustration cannot cause the fast decaying Imo PDP. In the first place, the projects the president is coming to commission like the completely dualized 35km Owerri to Orlu road with street lights, the first phase of the 48 km Owerri to Okigwe road, and the remodeled ultra modern Imo House of Assembly complex which was abandoned to rot away for so many years throughout the PDP era already generating global commendation, and that is why Imo PDP is urinating in their pants.

“They are panicking because they know Uzodimma has opened Imo people’s eyes to what real good governance is. They are now afraid that with what Uzodimma has achieved in under two years, they might be stoned if they ever come out tomorrow to ask for votes again from the Imo people.

“It is shameful for Imo PDP to agree that a complex that was built 40 years ago by Sam Mbakwe was allowed to collapse completely until Uzodimma came to completely remodel, rehabilitate and reconstruct the complex with the latest state of the Art gadgets, the best currently in not Nigeria but arguably the best in Africa. The question is: What did they (PDP) do when they were in office except expanding the personal village and Owerri houses of their Governor?

“By the way, PDP did not tell the world that the same Governor Uzodimma is today equally renovating the village House of the former Sam Mbakwe.”

KanyiDaily recalls that President Buhari had previously visited Imo state in September 2021, to inaugurate some completed road projects and flagged off the construction of new ones. 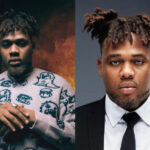 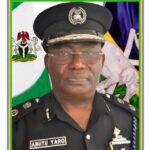