The police have been indicted by a coroner’s inquest into the circumstances surrounding the death of a lady, Jumoke Oyeleke, who died as a result of a stray bullet during a Yoruba nation rally in Lagos.

The verdict was passed by the coroner, Magistrate Mukaila Fadeyi.

Fadeyi, who sat at the magistrate court in the Ogba area of Lagos, said the police shot the deceased and caused her untimely death.

Kanyi Daily recalls that Yoruba Nation agitators, on July 3, 2021, gathered at the Gani Fawehinmi Freedom Park in Ojota area of Lagos to demand an independent state for the southwest region.

The police, It was alleged, shot into the air and used teargas canisters to disperse the crowd, and Jumoke, a 25-year-old salesgirl, was shot dead.

In his findings, the coroner said, “The only logical conclusion is that the deceased died from a weapon by the Nigerian police” and noted that “the deceased deserves our sympathy.”

The coroner went on to make the following recommendations:

“(1) it is strongly recommended that the state govt encourages the FG on the training, retraining, and reorientation of police officers on the right to hold protests in a democratic setting.

“(2) Payment of compensation should be effected to the family of the deceased by the FG.

“(3) The IGP should ensure a total overhaul of the police force to fish out the bag eggs and ensure that they are brought to book to forestall further accidental killings.

“(5) Access to Freedom Park should never be locked or cordoned off in the future.

READ:  Nanny Allegedly Stabs Madam To Death While Sleeping And Made Away With Valuables

“(6) No police officer detailed to protest grounds should be issued live bullets.

“(7) The AG Lagos should be mandated to pass on these recommendations to the relevant authorities for implementation.

“(8) There is also the need of the state to fund the activities of the coroner act 2015, to stem unwarranted and unlawful killings in the state.”

Reacting to the coroner’s findings, counsel for the Oyeleke family, Taiwo Olawanle from the law firm of Falana & Falana said, “The verdict means that there is hope for the ordinary masses. The police should however go further and fish out the culprit so they can recommend his prosecution.”

In other news, Kanyi Daily reported that Governor Nyesom Wike blasted the NBA for ‘attempting’ to investigate the alleged Oyigbo killings. 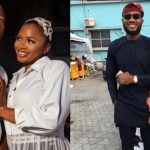 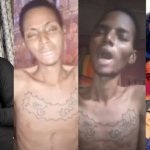