Cross River State Governor, Ben Ayade has condemned the strikes embarked on by the Nigerian Medical Association (NMA) over the kidnapping of its members in the state. 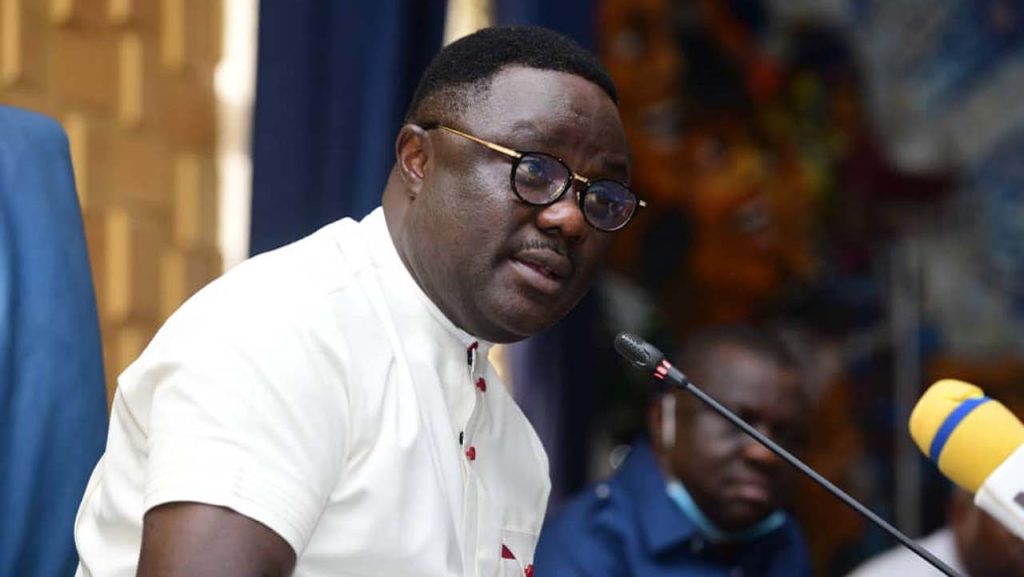 KanyiDaily had reported that two medical doctors were recently abducted in Cross River by gunmen who are demanding N100million ransom for their release.

On Monday, November 21, the Cross River State chapter of the NMA declared an indefinite strike following the kidnap of two of their members, Dr Omini and Dr Egong on Friday 18th November.

A statement released by the Chairman and Secretary of the association, Dr Felix Archibong and Dr Etim Amaku respectively, stated that following the deliberations concerning the matter at hand, members unanimously agreed to activate strike protocol.

They stated that following the activation of the reviewed “Strike Protocol” which provides for a window of 48hours by NMA-CRS to the government to secure the unconditional release of their kidnapped member/dependant failing which they have no other option than to embark on a total and indefinite strike at the EGM, pending their release.

“Hence NMA-CRS has proceeded on a Total and Indefinite Strike, effective this evening, 20th November, 2022 .That the strike is total and indefinite and as such any violation by an individual attracts a fine

“We are not oblivious of the hardship these decisions may cause to it’s members and the general public, hence we call on all relevant security agencies to ensure the timely and safe release of our abducted colleagues,” they stated.

READ:  Imo Speaker Promises $10,000 Reward For Anyone Who Can Verify His Certificate In Italy

Reacting to the development, the governor described the strike embarked upon by NMA in the state as unfortunate, regrettable and ill-advised.

Ayade vowed to stamp out the evil once and for all adding that all the government needed at the moment was support and not blackmail as security remains everyone’s responsibility including the NMA.

In a statement by the Special Adviser, Media & Publicity to Governor Ayade, Christian Ita, the governor said he was determined to rescue the kidnapped victims by every means necessary unhurt.

“The Cross River State Government views the strike embarked upon by the Nigerian Medical Association (NMA) in the state as unfortunate, regrettable and I’ll-advised.

“The response of the government since the unfortunate abduction of some persons, including two medical doctors, has been strong, robust and total.The government is therefore, undeserving of the unconscionable reaction of the Association.

“While the Cross River State government is reluctant to impute political undertone to the actions of the NMA, suffice to state that it had immediately after the incident launched a manhunt, using all the security agencies, in an effort to intercept the kidnappers and rescue the victims.

“Only a day earlier, a similar kidnapping incident along the Okom-Ita and Uyanga axis of the Calabar-Ikom Highway was diffused, and the victims rescued in record time.

“Since the latest incident, anyone who has traveled along the said road will attest to the fact that the entire Uyanga forest is brimming with security operatives, with commendable successes, including the arrest of key dramatis personae who are assisting the ongoing operations.

“Government is determined to rescue the victims and stamp out this evil once and for all. So, what government needs at the moment is support and not blackmail. Security is the responsibility of everyone, including the NMA,” Ita stated.

KanyiDaily had also reported how the police arrested a 28-year-old female serial kidnapper who abducted two boys and collected N70,000 ‘ransom’ in Lagos.