Vice-President, Yemi Osinbajo has urged Nigerians to show off their success at the World Tourism Organisation (UNWTO) global conference in Iganmu, Lagos State. 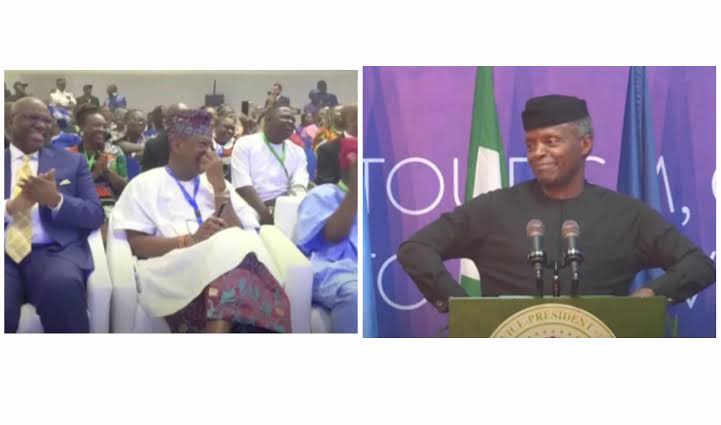 Osinbajo, who represented President Muhammadu Buhari at the event on Tuesday, also thrilled the audience with his rendition of Kizz Daniel’s hit song, “Buga”.

The vice president spoke on the theme of the event, ‘Linking Tourism, Culture and Creative Industries: Pathways to Recovery and Improving Development.’

Osinbajo told the participants, drawn from different parts of the world, that music is a global language that people can enjoy without understanding the lyrics.

He said, “Music, as we all know, is a global language. Even those who don’t know the meaning of the words of a song enjoy the rhythm. And some find out the meaning of the lyrics, discovering the cultures and ideas that inspire them.

“But let me just test that theory of mine, that is, that you don’t need to understand the words of any song to enjoy it and to be able to sing it and that music is indeed a very global language.”

To buttress his point, the professor sang Kizz Daniel’s hit song ‘Buga’; an act which caused cheers and applause from the participants.

He further asked the audience to join him in his rendition as he demonstrated the viral dance move associated with the song by raising his shoulders.

“The phrase ‘buga won’ is a Yoruba expression. It means ‘flaunt your hard-won success, take the fruit of your work. Take the opportunity, show off your successes.’ Don’t sit down there thinking ‘my success is too small.’ Feel it, show it off.

“Many people all over the world are squaring up their shoulders and saying, ‘It doesn’t matter how hard it seems or looks, I must show off my own success, no matter how little it may seem to others. It may seem to you that it’s small but I’m just going to buga won anyway,’” Osinbajo added.

KanyiDaily recalls that Yemi Osinbajo was also filmed thrilling the guests at a business forum by singing “bad man looking good in Dior”, a song by a Nigerian artist, Ruger. 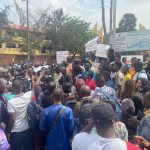 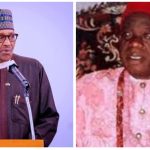