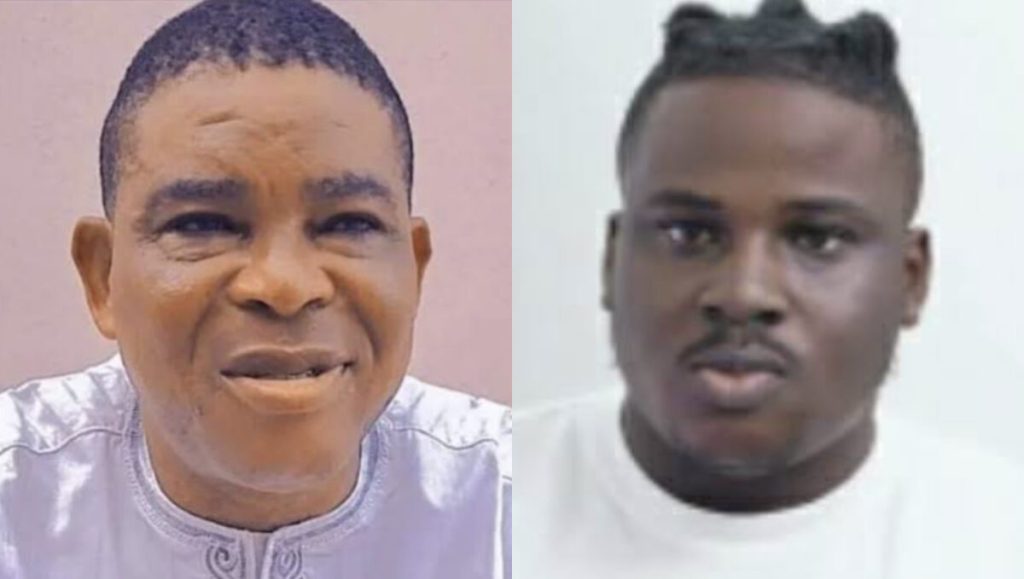 The deceased was also the father of popular skit maker, Abidemi Adebayo, popularly known as Isbae U.

The cause of Sir Kay’s death is yet to be made public, but it comes a few months after Isbae U gifted his father a sum of N1 million naira on the latter’s birthday in August.

The Chairman of the Lagos State Parks and Garages Management Committee, Musiliu Akinsanya, aka MC Oluomo, announced the actor’s death on Tuesday via his Instagram page.

MC Oluomo wrote, “It is with a heavy heart that I announce the passing of Alhaji Kamal Adebayo (Sir Kay). May Allah grant him eternal rest. RIP Sir Kay.”

READ:  "I Never Assaulted Her" — Man Whose Fiancee Called Off Wedding Breaks His Silence

Following the announcement, other Yoruba actors and actresses have mourned the deceased on their Instagram pages.

Sharing the picture of a lit candle, Faithia Williams, wrote, “What a life. God… Sir Kay”, accompanied with crying emojis.

Isbae U, however, is yet to speak on his father’s demise as of the time of filing this report.

KanyiDaily recalls that Isbae U was accused of demanding sex from ladies before featuring them in his skits.

READ:  Rick Ross Replaces Burna Boy As He Pulls Out Of AfroNation Festival In Puerto Rico