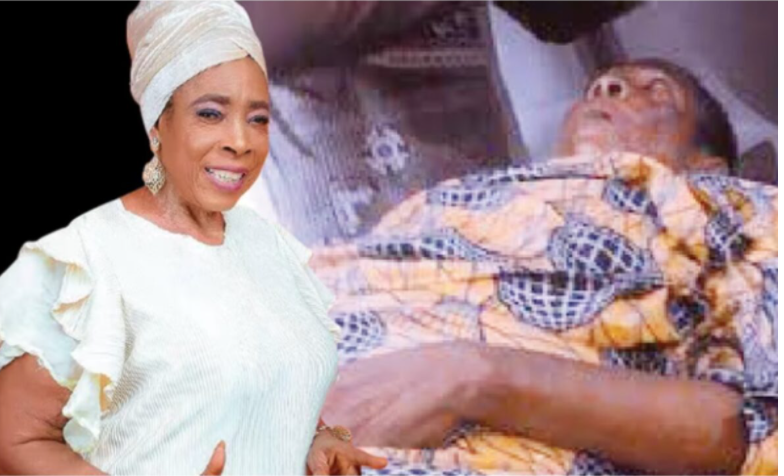 It was gathered that the actress’ daughter, Bisi Aisha, who’s a soldier, had initially announced her mother’s death in several Instagram posts late on Wednesday night.

Aisha wrote, “My mum is gone. Rest well mummy. May ur soul Rest In Peace mummy”

Iyabo Oko’s death was also announced on Instagram by fellow actress, Foluke Daramola-Salako, who wrote: “And finally we lost her… RIP Iyabo Oko, we did our best but God knows best”.

READ:  Teni Says She Will Report The Person Who Photoshopped Her As Wrestler, Yokozuna

However, on Thursday morning, the actress’ daughter updated her post, saying, “Wonderful being, she moved her hand after being confirmed dead three hours ago. God, we will forever praise your holy name.”

Daramola-Salako also later updated that Iyabo Oko is no longer dead. She wrote, “Just heard from her daughter again that she moved her hand and she is still alive. Hallelujah! She is alive.”

Aisha also confirmed that that the 61-year-old actress is now at the hospital receiving treatment as she was diagnosed with an ischaemic stroke about five years ago.

KanyiDaily had also reported yesterday that the first elected female Deputy Speaker of the Lagos State House of Assembly, Adetoun Adediran resurrected after she was pronounced dead.