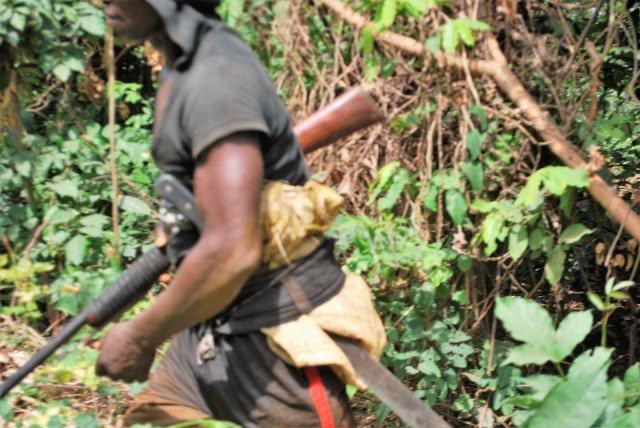 It was gathered that the palm wine taper went to a river to bathe after the day’s work, when the hunter mistook him for an antelope and shot him dead.

Vanguard quoted the suspect saying: “I was hunting and I saw an antelope and shot at it. But later, I saw a man on the floor and I quickly went to the station to report. I don’t know what happened.

“Few minutes after the unfortunate incident, police detectives were invited and his remains were moved to the morgue.”

A police source who spoke to the Vanguard when questioned, said investigation into the matter was ongoing.

“Immediately, the incident occurred, the police were alerted and our detectives were mobilised to the scene and the corpse was evacuated to the mortuary.

“The suspect has been transferred to State CID Akure for further investigation,” the police said.

Meanwhile, security has been beefed up in the town following an alleged possible reprisal attack from some groups of people said to be planning to avenge the death of the victim.

When contacted, Ondo police spokesperson, Funmi Odunlami, also confirmed the incident, adding that an investigation into the matter was ongoing.

KanyiDaily had also reported how a hunter’s son who was testing a protective charm shot his brother dead in Kwara State.