A 34-year-old Ugandan man has been dragged to court for beating his Kenyan wife to pulp after she caught him in their matrimonial bed with another woman on Christmas Day. 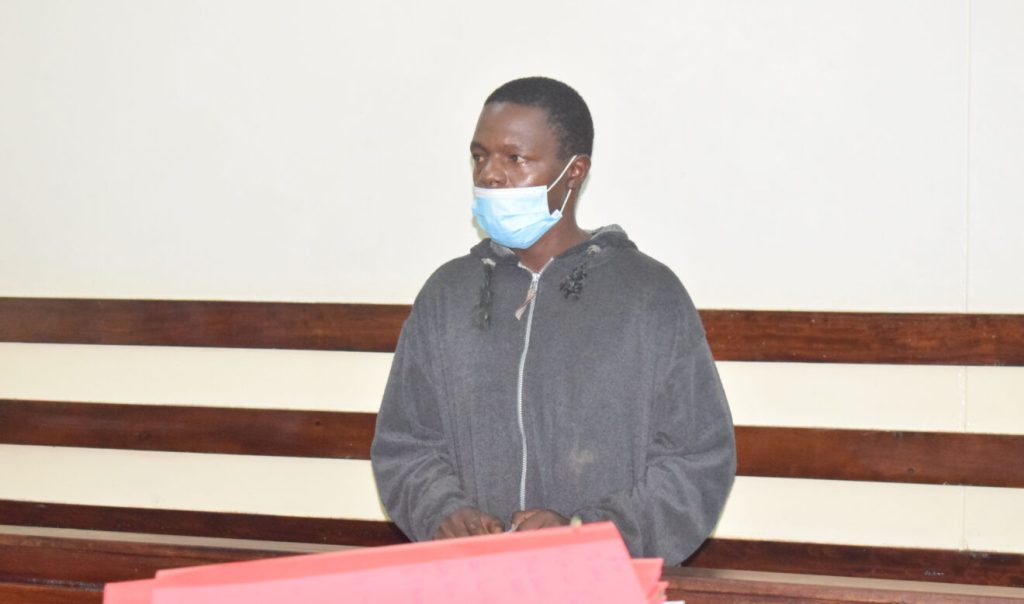 Mr. Peter Wakube is awaiting sentencing after pleading guilty to charges of assaulting his wife, Aida Nekesa in Kosovo area in Mathare within Nairobi on December 25, after he was arraigned at the Makadara Law Courts.

Ms. Nekesa, who works as a house help, had returned from work at around 2pm only to find Mr. Wakube in the act with another woman.

The court heard that she broke into the house after Mr. Wakumbe declined to open despite numerous knocks, and found the lovebirds in the act.

Mr. Wakube descended on her with blows and kicks, threw her outside the house where he continued beating her for interrupting the sweet moment before neighbours intervened and rescued the complainant.

Ms. Nekesa sustained injuries on the face and abdomen. She was escorted to Mathare police station where she made a report before proceeding to a hospital.

Her P3 form was filled and injuries sustained classified.

Mr. Wakube was arrested at the house later.

Police recovered a photo of the complainant which he had torn into pieces in a fit of rage.

He pleaded for leniency before Principal Magistrate Agnes Mwangi claiming he is remorseful.

Ms. Mwangi ordered for the convict’s social inquiry report to be tabled before he is sentenced on January 24, 2023.

KanyiDaily had also published a video showing the moment a man caught his wife trying to board a flight with another man after claiming she was travelling with her sister.

Four ‘Yahoo Boys’ Kidnap Colleague For Presenting Only N2,200 Out Of N26m After They Swindled ‘Client’