Former President, Olusegun Obasanjo has asked Nigerians not to allow their emotions to make decisions that would destroy the country in the 2023 general elections. 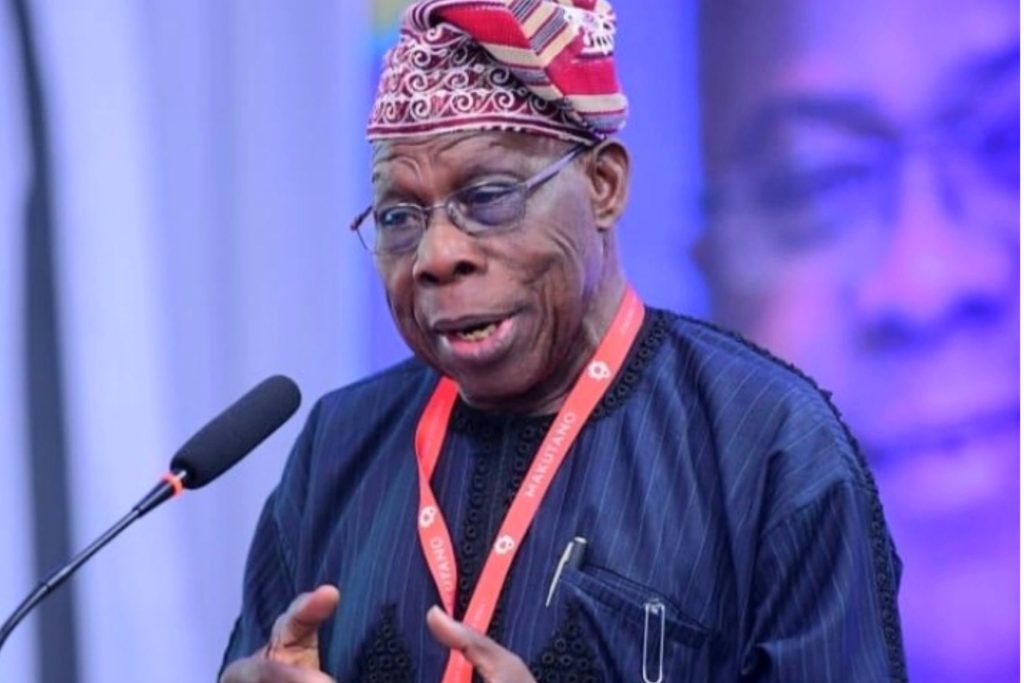 Obasanjo Says Oil And Gas Can No Longer Feed Nigeria

He spoke on Sunday when the leadership of Mzough U Tiv, a Benue socio-cultural group, paid him a visit at the Olusegun Obasanjo Presidential Library (OOPL) in Abeokuta, Ogun state.

Obasanjo said he is in support of a change of leadership from the North to the South in the 2023 elections, urging the middle belt to subsequently advocate for power to come to the region.

The former president said if Nigeria is ready to get it right, the 2023 election should be a turning point for the country, stressing that “Nigeria must be restored to what God has created it to be.”

“If Nigeria is ready to get it right, the 2023 election should be a turning point. We should not go for emotion that will destroy us,” he said.

Obasanjo said with the growing population of the country, agriculture will be the solution to feeding Nigerians and not oil and gas.

The former president, who was conferred with the title of a “Great Warrior” of Tiv land by the socio-political group, encouraged Tiv people to focus on farming and agribusiness, adding that he hopes to establish an industry in the state next year.

KanyiDaily recalls that Olusegun Obasanjo had recently expressed hope that God will not run out of patience with Nigeria because he has allowed its citizens to get away with “stupid things.”

I Have A Good Health Guarantee For 30 Years – Kwankwaso