Nollywood actress and politician, Tonto Dikeh has revealed that most of those who laughed at her over her failed marriage to Olakunle Churchill, are now in the same situation. 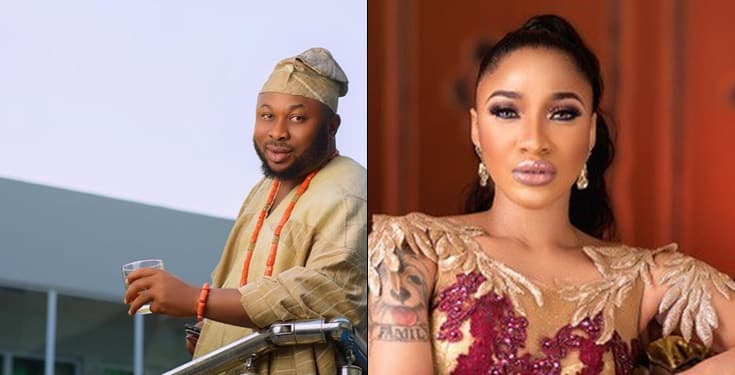 KanyiDaily recalls that the actress had a nasty breakup with Churchill, and their troubled marriage produced a five-year-old son, King Andre Omodayo.

In a post shared on her Instagram story, Dikeh, who is now the deputy governorship candidate of the Africa Democratic Congress (ADC) in Rivers State, said that people had laughed at her when she opened up about feeding her husband and his mother with her hard-earned money.

The actress said almost all those in that circle are currently fighting for the same reason, stressing that people should learn one’s disappointment simply because it’s not theirs.

“Almost all the Toms and Jerrys who laughed when I confessed I married and fed a mini man and his mother with my hard earn money are the ones fighting for same reason.”

“Life indeed is very freckle (sic). Learn to be delicate. My point is never laugh at a disappointment/f^ck up because it is not yours,” she wrote.

READ:  "You're A Moron" - Naira Marley Fires Back At Ruggedman For Calling Him An Upcoming Artiste KanyiDaily recalls that Tonto Dikeh was heard in a leaked voice note saying she would have killed Olakunle Churchill with ‘rat poison’ if they were not divorced.

READ:  Ruggedman Attacked In London Over His Fight Against Naira Marley And Yahoo Boys [Video]

Sina Rambo Denies Domestic Violence Allegations Against Him By His Wife, Korth