The Zamfara State Police Command on Saturday said it repelled terrorist attacks on two communities in the Zurmi and Shinkafi Local Government Areas of the state. 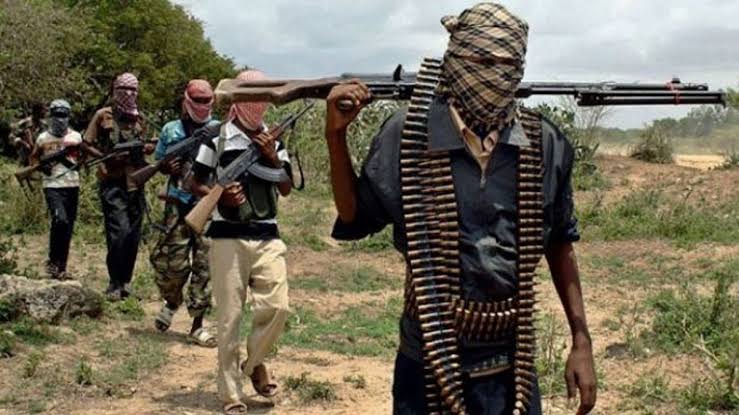 In a statement he issued, Shehu said the police arrested three suspected bandits informants who allegedly collaborate with bandits to impose levies on some communities and divulge information on operational activities of security agencies to the terrorists.

According to the statement, six bandit collaborators were also arrested.

The collaborators allegedly specialise in supplying hard drugs including Indian hemp to terrorists operating in the state.

It gave the names of the suspected informants as Abubakar Idaho (75) from Kwarya Tsugunne village in Maru LGA and Almustapha Dahiru (69) of Yanbuki village in Zurmi LGA both male.

They were reportedly arrested by the police tactical operatives in connection with partnering with bandits to impose levies on Kwarya Tsugunne and Yanbuki villages in Maru and Zurmi Local governments areas respectively.

Shehu said police tactical operatives while on confidence-building patrol along Zurmi and Shinkafi LGAs received a distress call about terrorists’ plan to attack some villages of the two LGAs.

He said police operatives mobilised to the locations and engaged the terrorists in a gun battle that lasted for hours.

“Luckily enough, the bandits were repelled by the superior firepower of the police operatives, forcing them to retreat to the forest with possible gunshot wounds. Two AK47 rifles and 104 rounds of live ammunition belonging to the bandits were recovered at the scene,” he stated.

“The suspects during interrogation confessed to the Police that, on several occasions, they imposed levies on villagers that run into millions and delivered the same to bandits while getting their percentage.

“They further confessed that recently they imposed and collected levy of one million, two hundred thousand naira from Kwarya Tsugunne village.”

The six suspects accused of supplying hard drugs were arrested while transporting a large quantity of “dried leaves suspected to be Indian hemp” from Lagos State to Shinkafi.

“On 7th December 2022 at about 1200 hours, Police Tactical operatives acted on intelligence information that led to the arrest of the suspects. The suspects were arrested while transporting a large quantity of dried leaves suspected to be Indian hemp all the way from Lagos to Shinkafi in Zamfara State.

“In the course of the investigation, the suspects confessed to several supplies of hard drugs (sic) and other substances to the bandits operating at Shinkafi and Zurmi axis. A discreet investigation is ongoing,” the command said.

Similarly, Shehu stated that police tactical operatives, while conducting stop-and-search operations, acted on credible information that led to the arrest of other suspects who were also transporting a large quantity of dried leaves suspected to be Indian hemp to Kaura Namoda LGA of Zamfara State.

“The four suspects were arrested in an 18-seater Toyota vehicle conveying a large quantity of dried leaves suspected to be Indian hemp from Lagos and to be delivered to Kaura Namoda in Zamfara state.

“In the course of interrogation, the suspects confessed that the consignment was meant for bandits operating in a forest under Shinkafi LGA of Zamfara state,” the PPRO said.

Police said a discreet investigation is in progress and all the suspects will be charged to court for prosecution upon completion of the investigation.

In other news, Kanyi Daily reported how an American sports journalist, Grant Wahl died on Friday in Qatar, while covering the World Cup.

ESPN reports that Wahl died while covering the World Cup match between Argentina and the Netherlands on Friday night.