American rapper, ASAP Rocky has revealed how he feel about raising his eight-month-old son with pop star girlfriend, Rihanna. 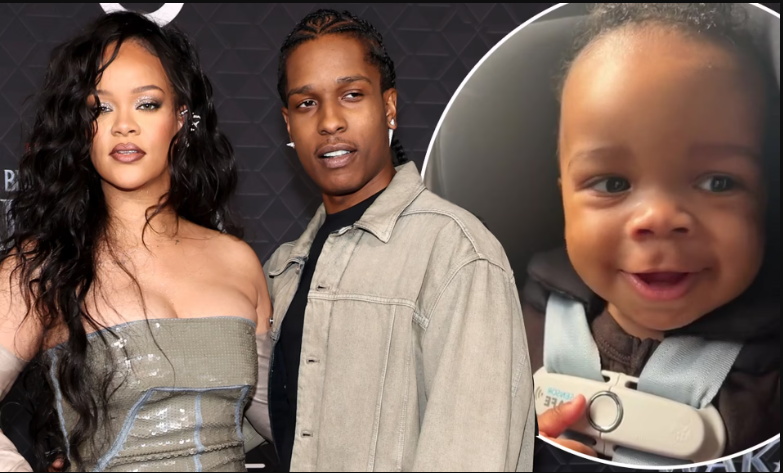 A$AP Rocky Loves Being A Dad

KanyiDaily recalls that the 34-year-old rapper welcomed their first child with the pop star, 34, in May last year.

During an interview on Apple Music 1 with Zane Lowe, Rocky said he loves being a dad because fatherhood has given him a “whole new perspective” on his creative ventures.

He said: ‘”I can’t even explain it, man. You come home to heaven every day. I’m so thankful. God is good, man.’

“It’s just one of those things. I’m a member of our club now, like, the dad club. You see a dad, you see me…I’m a full dad now.

“Being outside and working and being creative, it drives more energy for you to obviously to think and soak things up like a sponge now that I’m a dad, because I have a whole ‘nother perspective.

Rihanna is set to perform live at the Super Bowl Halftime Show in February ahead of the release of her ninth studio album after spending the last seven years focusing on her Fenty Beauty brands.

Rocky also expressed how excited he is for his partner to have her musical comeback and return to the stage at the Super Bowl Halftime Show in February.

READ:  Revealed! Kim Kardashian’s Net Worth Is More Than All Her Sisters’ Combined

He admitted that he is ‘super excited’ to see the Umbrella hitmaker back on stage again, describing her comeback as ‘incredible’.

“I’m super excited. This is as huge. This is incredible. I’m so glad that my lady’s back making music again and whatnot, and getting back out there.

KanyiDaily recalls there were reports that , Rihanna broke up with ASAP Rocky, after she caught him cheating on her with fashion designer, Amina Muaddi.

When Politicians Steal In Millions, Billions, They Don’t Think Of Tribe, Religion Get Your PVC – Kate Henshaw Tells Nigerians

“It Is Not All Trouble You Will Avoid, Sometimes It’s Better To Fight Back” – Singer, Skiibii