The Senate President, Ahmad Lawan has criticized the continuous borrowing of the federal government, headed by President Muhammadu Buhari. 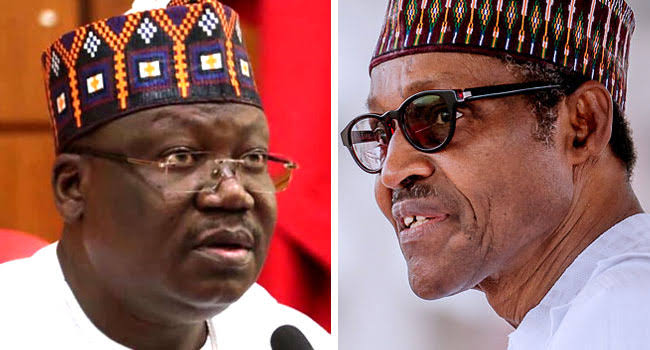 Speaking in Abuja during his 64th birthday celebration, the senate president said Buhari’s government cannot continue to borrow on a yearly basis because it is not sustainable.

Lawan emphasised that it would no longer be business as usual for the various revenue-generating agencies in the country.

He revealed that the Senate will turn the heat on various revenue-generating agencies for adequate revenue to fund the implementation of the N21.83tn 2023 budget.

According to him, the move became imperative due to leakages and loopholes in tax collection and remittances to the government amid revenue shortfalls and high debt profile in the country.

Lawan said that aside the problem of insecurity which is being fought headlong by government at various levels, lack of sufficient revenue for execution of national development programmes was another challenge that must be seriously tackled if the cycle of deficit budgeting or incessant borrowings must be stopped .

He said, “Government cannot continue to go borrowing on a yearly basis because it is not sustainable. We have to look inward and generate more money to execute landmark projects and fund infrastructures.

“In looking inward, the Senate and by extension, the National Assembly, will turn the heat on various revenue-generating agencies through relevant committees for optimal performance as far as revenue generation is concerned.

“The committees through oversight functions will ensure that each of the revenue generating agencies, remit every kobo generated into the national coffers.”

READ:  President Buhari Reveals Who He Would Hand Over To In 2023

Lawan also added that the government would review the processes of granting corporate tax holidays, import duty waivers and concessions to investors and businesses in the Federal Government.

He stressed that most of the waivers and concessions needed to be reviewed to generate more money into government coffers and minimise borrowing.

He noted, “Enormous revenue being lost through tax waivers will also be looked into in terms of reviewing the policy or calling for its revocation.

“Most of what we do in terms of national development is in health, borders insecurity I think we have to work hard to improve revenue generation, and collection because it is not looking too sustainable that we tolerate people, some agencies of government to misapply or not even declare the revenue they collect.

“We can’t continue with that. So for us at the Senate, we have decided that for the remaining part, we will continue to engage revenue-generating agencies until we get better outcomes from them.

“We will review the waivers, where the waivers cannot be sustained any more such waivers should be reversed or renegotiated but definitely we need to work hard to improve on the revenue generation of the nation by the MDAS and other government agencies,” he added.

He added that Nigeria had no reason to be poor to the scaring level of having 133 million of her citizens living below the poverty level as recently declared by the National Bureau of Statistics.

“Incidentally, the poorest states are in the zone naturally gifted with N33tn worth livestock farming but refused to be supported by government over the decades by categorising it as an individual business,” he said.

He posited that if diversification into areas like livestock, which has N33trillion potential investment, is made by the Federal Government, the disturbing poverty level will change for prosperity.

Lawan said, “Some critics are always quick at kicking against the idea of livestock development, some of them said it’s private business but there is nothing more private than someone who sets up a bank, killed the bank and transferred the liabilities to Nigerians through AMCON.

“AMCON today has about six trillion naira of toxic loans on our head,” he added.

KanyiDaily recalls that Ahmad Lawan had previously said that President Muhammadu Buhari’s leadership is a blessing to Nigeria. 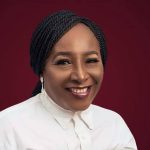 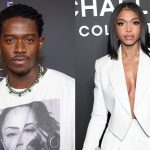