Ondo State Governor, Rotimi Akeredolu has broken his silence on his health challenges after his wife, Betty Akeredolu, warned his female aides to stay away from her husband.

KanyiDaily recalls that Betty had revealed that her husband is on sickbed after eating a “concoction” given to him by the Special Adviser on Multilateral and Intergovernmental Affairs, Bunmi Ademosun.

In a leaked audio, Betty was heard threatening Ademosun to stay away from Akeredolu, noting that her persistent closeness is weakening the governor’s health condition.

According to her, Ademosun has been giving Akeredolu a concoction from fake pastors to treat himself and the local herb is doing more harm than good.

However, in a statement on Tuesday, Akeredolu’s Chief Press Secretary, Richard Olatunde confirmed that his principal has some health challenges, but stressed that “there is no cause for alarm on the governor’s state of health”.

The statement read, “We have observed the growing anxiety about the state of health of the Ondo State Governor, Oluwarotimi Akeredolu( SAN). The good people of the state and, by extension, other friends and well-wishers continued to express concern over the wellness of the governor, especially since yesterday.

“We are constrained to respond to these concerns and assure our people that, by the grace of God, there is no cause for alarm on the governor’s state of health.

“Governor Akeredolu, just like every other mere mortals has had some health challenge for which he has since received treatment and recuperating speedily.

“Since the Governor is not a superhuman and the immunity his office enjoys does not extend to physical wellness or otherwise, the health issue is therefore not an unusual one.

“However, contrary to speculations and insinuations making the round, the Governor though frail, is discharging his official functions.”

READ:  See the Man who has Threatened To Commit Suicide On Valentines Day If Governor Adams Oshimole Fails To Pay Him His Pension Arrears

The governor’s aide stressed that his principal is not faced with any life-threatening illness that would have encouraged any alleged conspiracy in his administration.

Olatunde said, “He, in fact, held Executive Council meeting with the Exco members till 4pm on Wednesday, 11th January, 2023 after the Security Council meeting where far reaching decisions were taken on the escalated clashes in Ikare-Akoko.

“On January 7, 2023 Governor Akeredolu led his brother Governors in the Southwest and other party bigwigs to receive the Presidential Candidate of the All Progressives Congress (APC) in Akure for the State Presidential Campaign Rally.

“On January 8, 2023, he was at The Redeemed Christian Church of God, Jesus House Cathedral, Region 22 Headquarters, Oke-Ijebu, Akure for the Holy Service commemorating the 2023 Armed Forces Remembrance Day Celebration.

READ:  Pastor Kills Girlfriend For Refusing To Buy Tricycle For Him, Steals Her N2 Million In Enugu

“For emphasis, the Governor, who participated in rigorous campaign activities on the 7th of January, couldn’t have been bedridden as widely speculated. Moreso, last Friday, Governor Akeredolu still inaugurated a new Refrigerated Van for the use of Meat Dealers in the State. He also received the Melvin Jones Award of the Lions Club International same day.”

“While we appreciate the growing concerns about his well-being and indeed, appreciate the outpour of prayers even beyond partisan lines, we urge all persons of goodwill to ignore unfounded insinuations capable of creating any false sense of needless anxiety.

“The Governor will continue to discharge his official duties to the good people of Ondo State in line with the REDEEMED Agenda of his administration while he finds quality time to rest for renewed vigour and strength just like any man in his situation.”

KanyiDaily had also reported how Governor Rotimi Akeredolu sacked his Special Assistant on Political Matters, Augustine Pelemo, for referring to the deputy governor’s wife as the “Acting First Lady of Ondo State”. 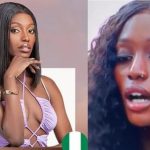 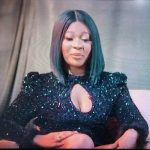