Suspected arsonists have killed a couple, Kehinde and Bukola Fatinoye, and kidnapped their son at their residence at the Ibara area of Abeokuta, Ogun State. 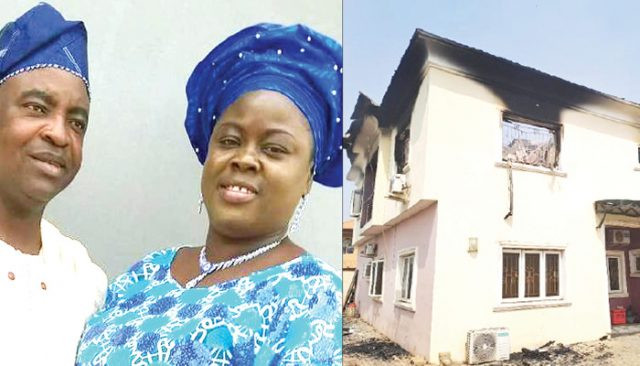 It was gathered that the assailants trailed the couple to their private residence before setting them ablaze in their house, where they also whisked away the son of the victims.

The incident happened on Sunday morning, January 1, shortly after the family returned from a New Year crossover service.

The man, who is a staff of the Central Bank of Nigeria (CBN), and his wife were burnt beyond recognition with their remains later packed by policemen and health officials who visited the scene.

A church member, who asked to be identified as Kayode, confirmed that the couple were at the crossover service at a church in the Okejigbo area of Abeokuta.

Another sympathiser, who spoke on condition of anonymity, told Punch that the couple lost their second son last July.

READ:  "Any Girlfriend Who Doesn’t Take Money Is A Witch, She'll Kill You After One Month” - Rev. Anaba

The source said, “Fatinoye family as a whole has been totally wiped out. The first son was also taken away; dead or alive, we don’t know. They were just recovering from the loss of their second son in July 2022.”

When contacted, the state Police Public Relations Officer, SP Abimbola Oyeyemi, confirmed the incident, saying the command has commenced investigation on the matter.

He said “It is true that a couple were killed and set ablaze at their residence in Abeokuta, shortly after they returned from a crossover service.

“One person has been arrested by our operatives in connection to the incident. We will get to the root of the matter, as investigation has since begun.”

KanyiDaily had reported how a man was caught after he stole turkey and chicken from a restaurant for New Year celebration in Sapele, Delta State. 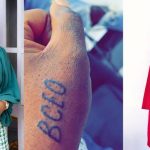 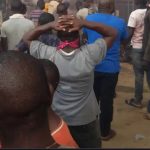