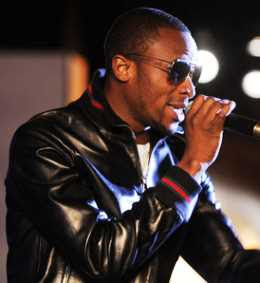 The duo are said to be engulfed in a very discreet but passionate affair at present.

Information made available to revealed that the affair has been on for some time now.

Informants revealed that the need for secrecy is more about the need for the musician to maintain the image of a successful young man every lady want to take home to mama- the bedrock of his public appeal.

Analysed a source, ‘Ita Giwa is known for keeping younger guys and lavishing expensive gifts on them. More of a Sugar Mummy having young men as plaything kind of affair. And D’Banj and the Mo’Hit crew have heavily invested on creating the image of a youngman every lady desire with all material things at his beck and call for the musician. So you see, unlike the Genevieve affair that he leveraged on male dominance to shore up that particular image, publicly associating with Ita Giwa in a submissive role of sex for material thing will make nonsense of the musician’s reputation and Mo Hits investment on him. Simply put, it decorates him with the cloak of a kept lover’.
Informants claimed that just like she allegedly did with Actors Chidi Mokeme and Jim Iyke, the former senator initiated the romance- but D’Banj, with the backing of Don Jazzy (the musician doesn’t make a move without his blessing) changed the script.