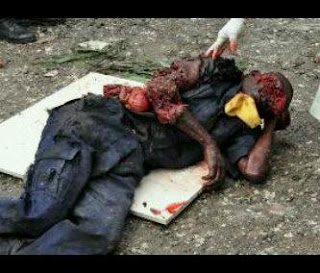 Yusifiyya Movement, also known as Boko Haram, yesterday, said it attacked the United Nations (UN) building in Abuja because United States  (US) and the UN  are supporting the Federal Government to  persecute Muslims  in  Nigeria.
One Abu Kakah, who claimed to be speaking  on behalf of the group, made the statement. He spoke to journalists on phone in  Maiduguri, Borno State capital, just as the US embassy said Federal Bureau of Investigations (FBI) had arrived  Nigeria following the suicide  attack.
Kakah said the  sect considered the US, the UN and the Nigerian government as common enemies and  would continue to attack them because they are infringing on the rights of the Muslims.
He accused the Federal Government of insincerity in dialoguing with Boko Haram, saying the only condition they would accept to talk  with government was unconditional release of all their members whom, he said, are in prisons all over the country.

When asked why they carried out attacks in the month of Ramadan, the spokesman said those  condemning the sect  are ignorant of Islam. He pointed out that Ramadan did not forbid them to fight “a just cause.”
The group also claimed responsibility for last week’s failed suicide attack on Borno police command headquarters and the attack on banks in Gombi,  Adamawa State which left more than 16 people dead.
According to him, details of  Boko Haram suicide bombings would  be made known at a later date.
Kakah warned that attack on Kano was imminent if the state government and the  city’s emirate council did not stop  what it described as the persecution of their members.
According to him, Boko Haram was  yet to be contacted by Borno State and Federal Government or their representatives for dialogue.
The spokesman described  the Sultan  as the Seriki of Sokoto and not the leader of the Muslims in the country, accusing him of supporting the Federal Government policies against Islam.
Meanwhile, a US embassy spokesman said yesterday that FBI agents have arrived  Nigeria following the Friday attack at the UN headquarters in Abuja.
“The FBI is on the ground at the request of the Nigerian government,” said Deborah MacLean. She told AFP that she was unsure of the number of the FBI agents now in Nigeria  and could not provide further details.