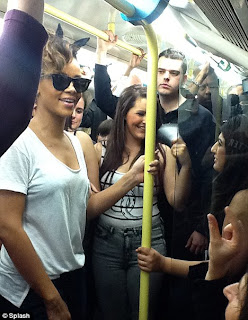 She is a millionairess at the tender age of 23. But popstar Rihanna is clearly not your average spoilt celebrity. 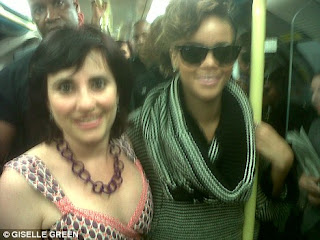 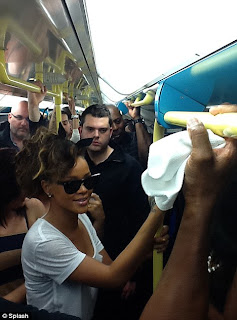 She happily posed for pictures as she rode the Jubilee line and incredulous fans posted them on social networking site Twitter last night.

One fan en route to the show, Giselle Green  said: ‘I was in Rihanna’s carriage on the Jubilee line.

‘I didn’t really twig at first because you wouldn’t expect to see a superstar travelling so casually on the tube. And she was due on stage in a couple of hours! But then me and my friend realised it WAS her

SHE was so cool and friendly and happy to pose for photos. I asked why on earth she was taking the Tube to her own concert.

Rihanna was cutting it fine as she was spotted on the train at 6.45pm, just 15 minutes before her support act, DJ Calvin Harris was due to go on stage.
Although the star was flanked by a huge entourage as she approached the ticket barrier she passed through with her very own Oyster card.

‘She was so humble and normal,’ Giselle added. 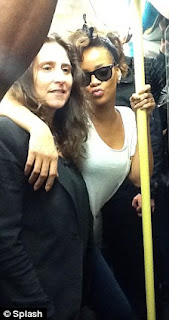 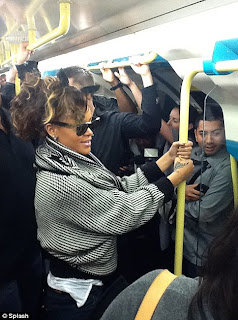 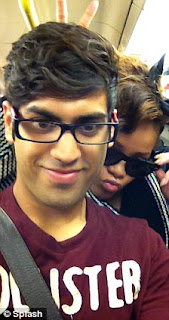 Then later at night she stepped out the usual Rihanna we all know to do her stuff. 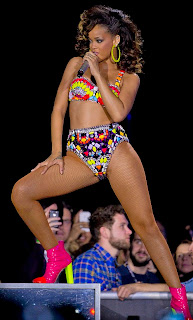 Plucked from obscurity: Rihanna debuts new boyfriend Dudley O’Shaughnessy, after she ‘hand-picked’ him.