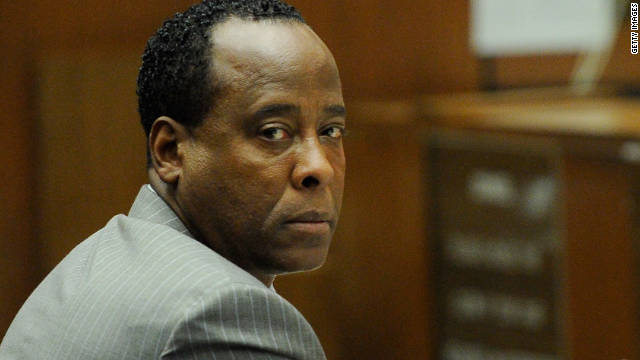 Michael Jackson’s doctor Conrad Murray was sentenced to four years in prison today for involuntary manslaughter in the singer’s death.
Judge Michael Pastor called Murray’s treatment of Jackson a “cycle of horrible medicine” and “medicine madness.”
Jackson’s parents and siblings Jermaine, LaToya and Randy were present at today’s sentencing, but did not speak, instead allowing family friend and attorney Brian Panish to read a statement on behalf of the Jackson’s three children and family.
In the statement, Michael Jackson’s children told the Los Angeles court that they lost their “father, best friend, and playmate” when the singer died, but stressed they were not seeking “revenge”.
The statement asked the judge to “impose a sentence that reminds physicians they cannot sell their services to the highest bidder.”
“As Michael’s parents, we never imagined we would live to witness his passing,” Panish read, on behalf of the singer’s parents Katherine and Joe Jackson. “There is no way to describe the loss of our beloved brother, son, father and friend.”

Photo Of The Day…