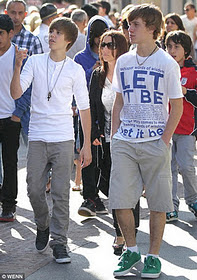 Justin Bieber – who is worth about £54 million after just four years in the spotlight – wanted to share some of that fortune with his friends and family back home in Canada.

While staying in his hometown of Stratford, Ontario, over Christmas, the 17-year-old gave his childhood friend the keys to a white Mustang convertible.

Ryan Butler today shared a picture of the new two-door ride with his 652,845 followers. 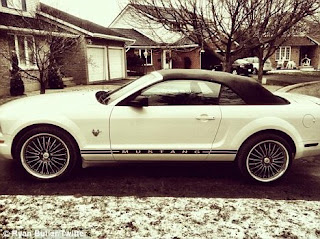 The pair grew up together in the city and Ryan’s British-born parents, Martin and Sharon Butler, took the budding singer under their wing when he was just five.

Ryan can be seen on Justin’s 2009 video for One Time in which he plays a video game with him.