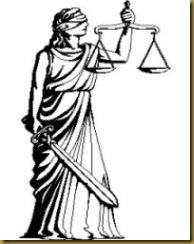 A mother of two Bulawayo rapists Elijah (24) and Aaron (27) on Monday at the Bulawayo regional magistrates courts collapsed soon after her two sons were sentenced to 20 years each for rape and unlawful entry.

The woman, only identified as Mrs Muchadhla, is mother to Elijah, Aaron and Rugare Muchadhla (31), all of Cowdray Park, who together with four other accomplices allegedly went on a housebreaking and rape spree…I don’t pity them at all..serves them right…continue reading.

Elijah and Aaron were each sentenced to 20 years imprisonment by Bulawayo regional magistrate Mr Godwin Sengweni while charges against Rugare were withdrawn after plea.

When Mr Sengweni pronounced the sentence against the two brothers, their mother stood from where she was sitting in the gallery and started acting strangely.

She appeared to be in shock and looked disoriented as she staggered out of the courtroom before collapsing in the corridor and started screaming.

It took sometime for her colleagues who had accompanied her to the court to assist her to walk out of Tredgold Building as she rolled on the floor in the corridor.

They struggled to lift her and assist her to walk out of the court building.
However, some onlookers could be heard asking why she was pained by punishment meted to her sons given the crimes they committed.
Elijah, Aaron and Rugare were accused of being part of a gang of robbers that terrorised residents of Cowdray Park in Bulawayo last month alongside Moffat Teka (25), of 7182 Cowdray Park, Langa Nyathi (35), of 6512, Jeshua Gonzo (29), of 7628 and Mandlenkosi Ndebele (23).

The magistrate convicted Elijah, Aaron and Teka of rape and sentenced them to 20 years each in prison.
Teka was again convicted of two counts of unlawful entry, which the magistrate treated as one for the purpose of sentencing. Teka was sentenced to an additional 18 years in prison of which five years were suspended on condition he does not within that period commit a similar offence.
Teka will serve an effective 33 years in prison.

The State led by Mr Goodluck Katenaire withdrew its case after plea against Rugare, Nyathi, Gonzo and Ndebele on the first count of unlawful entry, and dropped charges against Rugare and Gonzo on counts two and three.

Elijah, Aaron, Nyathi and Ndebele were acquitted after full trial on counts two and three.
The seven had pleaded not guilty on the first count while Teka pleaded guilty to the second count and found guilty due to overwhelming evidence on the third count of rape.

Teka had admitted to breaking into a house but denied ever raping the occupant.
Mr Sengweni said circumstantial evidence placed Teka, Elijah and Aaron on the scene of crime because one of the complainants positively identified Aaron’s voice as the person who was talking throughout the break-in.

The magistrate said from the evidence given by witnesses, there was no doubt the three were together on the scene of crime when they broke in and the court needed to decide whether they acted in common purpose to rape the occupant.

The court said the State proved its case beyond reasonable doubt against Teka, Elijah and Aaron and the circumstances in which the rape offence was committed aggravated the offence.
Mr Sengweni said Teka tried to implicate the other six on some of the cases but his testimony was not supported by evidence.

He said Teka had lied to the court and police on several occasions when he testified, as he would give conflicting statements each time he stood in the dock.

The State’s case was that on 3 October, Teka, Elijah and Aaron hatched a plan to go and break into house number 6960 in Cowdray Park armed with an iron bar.

The complainant is a teacher at Mthombowesizwe Primary School in Entumbane.
They broke the door to gain entry into the complainant’s two-roomed house, where she was sleeping and ordered her to cover herself with blankets.

One of the men forced himself into the woman’s blankets and raped her once while his accomplices were ransacking the house and looting property.
After raping the woman, the “rapist thief” ordered her not to uncover herself and he joined others in looting the property.

The court heard that they later demanded money and threatened to strike her with an iron bar if she refused. The complainant handed them three cellphones and $100 and other valuables and they left after

threatening her with death if ever she reported them to the police.
The complainant told the court that the gang was carrying an axe when it broke into her house and told her to cover herself with blankets.

She later woke up and discovered that her property had been stolen and made a report at Cowdray Park Police Post.
Fearing for her life, the complainant left her house for some time and went to stay with relatives.
The gang went back to the same house on 14 October while there was no one and broke in before looting a variety of property.

Three days later at about 11pm, the gang teamed up once again and went to house number 7432 in the same suburb where they forced open a sitting room window to gain entry.
The complainant was sleeping in the bedroom and they started looting property.
The court heard that when the complainant heard some noise, she phoned her neighbours calling for help but Teka, Elijah and Aaron jumped through the window and fled with some property fearing they would be caught.

They returned a few moments later and Teka went straight to the complainant’s bedroom where he told her to cover herself with blankets.
He then ordered the complainant to remove her undergarments and started touching her all over the body and private parts.

Teka attempted to rape her but she struggled with him until they awakened a newborn baby who started crying.
The complainant told the court that she was saved by the baby because the would-be rapist feared the baby would wake neighbours and told her to breastfeed it. She instead fled to the neighbours’ house naked.

Teka and his accomplices left after taking property valued at about $340 and 600 pula cash.
Some of the property was found in Teka’s possession and the complainants positively identified the three at an identification parade at Luveve Police station.