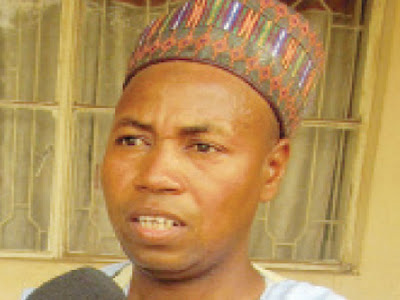 IN fulfillment of an earlier agreement for an out-of-court settlement, the  Borno State government yesterday paid N100 million as  compensation to the family of the in-law of the late Boko Haram sect leader, Baba Fugu.

The late Fugu was an in-law of the deceased Boko Haram leader, Mohammed Yusuf.
Fugu was killed by policemen in 2009 after he made himself available at the Borno State Police Command, Maiduguri.

Presenting the cheque to the Fugu  family’s solicitor, Anayo Adibe, Governor Kashim Shettima said: “The ceremony today at the Government House, is a solemn one and that my heart goes to the family of the deceased Baba Fugu and others that lost their lives in the sectarian crises that engulfed the state.”

The governor said despite the situation the state had found itself since the Boko Haram sect decided to take arms against everyone, the state government will not stop appealing  to them to lay down their arms and embrace peace since violence would  not achieve anything.

He said it is only through the path of peace and dialogue that could lead to the development of the state and the nation at large.
The family subsequently went to court seeking compensation from the Borno and Federal governments for alleged extra-judicial killing.

The family’s prayer was granted by a Maiduguri High Court which ordered the state and the Federal governments to pay N100 million as compensation.
The state government challenged the lower court’s ruling at Federal Appeal Court, Jos to upturn the decision.

But the State Attorney General and Commissioner of Justice, Mallam Zanna Gana was instructed to withdraw the suit.

Confirming the incident, the Borno State Police Commissioner, Simeon Midenda told The Guardian that five motorcycle-gunmen attacked a teashop by firing several gunshots into the shop and killed one of the customers.

Midenda further disclosed: “The report of my area commander of the Police in Biu indicated that one person was killed, while seven other customers who sustained gunshot wounds and were taken to the Biu General Hospital for treatment”