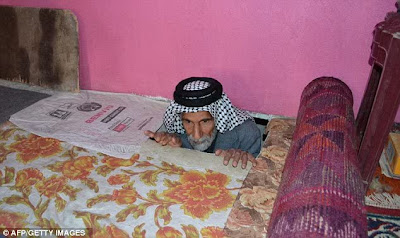 This is the tiny bolthole where an Iraqi man was forced to live for an astonishing 22 years after being sentenced to death by Saddam Hussein’s brutal regime.

With only an old rug, a few cooking utensils, a radio and a copy of the Koran, desperate Jawad al-Shammari hid in the tiny space, measuring just half a metre in width by two metres in length.
His ordeal began in 1979, when he was accused of being a member of the anti-regime Islamic Dawa Party founded by Mohammed Baqir al-Sadr, and was forced to go on the run. 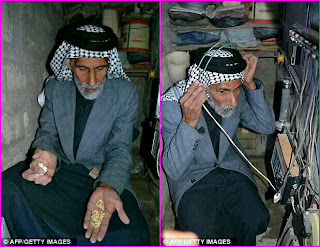 After around a year moving from place to place, al-Shammari and his mother dug a hole in the ground close to the family house – neither could have guessed the tiny space would become his home for over two decades.

As Saddam’s brutal reign of terror continued, when his brother was sentenced to death by the regime and executed, he was unable to attend the funeral.
And when his mother fell ill and was unable to bring him food and water, he feared he would surely die – and the squalid hole would become his unmarked grave.
Conditions in the tiny space were so bad that his health rapidly deteriorated and after a few years all his teeth had fallen out.

It was not until 2003, following the U.S. led invasion, that he was finally able to leave the cellar for good.
He told the AFP press agency: ‘My mother installed a plastic tube and hid its outer end so that I had fresh air.
‘That’s what allowed me to survive all those years.
‘I never expected to leave that place and lead a normal life. Sometimes I felt like a dead person, everything seemed so black. The only thing that made me happy was praying, reading the Koran and listening to the news.’

Very occasionally, as they were terrified of being captured, members of his family would visit him bringing him fresh supplies.
But for most of the time his only companions were the presenters of the BBC’s World Service radio programmes.
A few times he would crawl out of his underground shelter at the dead of night and wander around the surrounding countryside.

During one of these midnight rambles he bumped into his four-year-old nephew. With his long scraggly beard and dirty clothes the terrified child thought he had seen a ghost and fainted out of fright.

.
Although the Iraqi government compensates political prisoners of the former regime and provides them with assistance in finding employment, al-Shammari does not qualify for any help because, technically, his imprisonment was of his own making.

‘For a person to receive compensation, or to get a job, he needs proof that he was imprisoned.
‘My mother is the only person who knows my story and, as such, she cannot provide sufficient evidence.’ 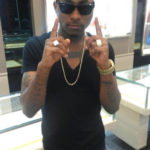