A man suspected to be suffering from mental problem was overpowered Monday, by passengers after he had gained access to the most secure part of the international terminal, the airside, at the Murtala Muhammed Airport Lagos.

The man was said to have vandalised the boarding gate at the airport and gained access to the tarmac with the intention of boarding an aircraft to Europe.
THISDAY gathered that on getting into the tarmac, the man, whose identity could not be ascertained, shouted, “I want to go abroad; I want to go to Europe. Please give way for me to go.”

His screaming caused stampede at the tarmac such that intending passengers feared the man was a terrorist and some of them began to scamper out of the area around the lunatic. But some of the courageous passengers approached him and others went to call security operatives who promptly apprehended him and took him away.

From his bevahiour, his dressing and knack of breaking through barricades, instead of following the right place, prompted many to believe that the man was insane.
This was later confirmed by those who got close to him. The General Manager, public affairs of the Federal Airports Authority of Nigeria (FAAN), Akin Olukunle, who confirmed the incident in a telephone interview said the mad man had been arrested and handed over to the police for interrogation.
Olukunle stated that if it were established that the ‘passenger’ was mentally challenged, the police would take him to the rehabilitation centre for treatment.
“The arrested person was a lunatic who…wanted to travel out of the country by all means. But, he was immediately overpowered by the security operatives attached to the airport. After investigation, and if confirmed he was mad, he would be taken to a rehabilitation centre,” Olukunle explained. 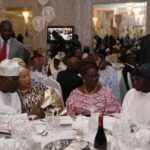 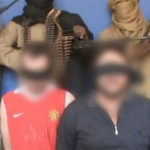