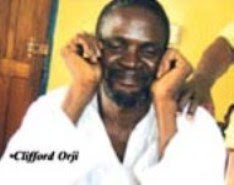 Family
members of the celebrated alleged man-eater, Clifford Orji, who died three weeks ago, may have rejected him even at death. This is because
nobody has come to claim his body. Orji died after 13 years of awaiting
trial in Kirikiri Maximum Prisons, Lagos, and his body was deposited at
the Isolo General Hospital mortuary. An
authoritative source at the hospital, who spoke on the condition of
anonymity, said that Orji’s body was brought to the hospital
by Prison officials. However, since then, neither the family members nor
the prison officials have come to check on it. However, when contacted, a senior management member of the
Prisons, who did not want his name in print, said the Nigerian Prisons
Service did not do anything wrong by depositing Orji’s body in the
government hospital.
“The
police charged Orji to court and the court in question gave us Clifford
Orji to keep for the government ,which we did for 13 consecutive
years.” “When he eventually died, we could not have buried him; so we
have to give it to the government hospital to keep for the government.”
He confirmed that during 13 years the late Orji was in prison custody
awaiting trial, nobody came to identify with him….Continue
The source said the
hospital authorities have been waiting for whoever would take
responsibility for the corpse. also said that there had been
similar cases where family members refused to claim their dead ones and
after a period the hospital management procured necessary documents from
the law courts, Ministry of Health and other relevant authorities to
bury the abandoned corpses. “But
in the case of Clifford Orji, our hands are tied. We are patiently
waiting to see what the government would do because, as it is, nobody is
willing to claim the body.” The senior hospital official said that even
though the hospital has symbiotic relationship with the Prisons and the
Police, it would not have accepted the body of such a controversial
person.
The
Prisons official also told Sunday Sun that with his death, the prisons
had washed its hand off Orji’s case. It would be recalled that Orji died
three weeks ago after a brief illness. His gained national attention
following allegation that he killed and ate human beings and sold their
parts to ritual killers.
Suns online News 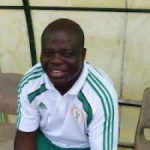